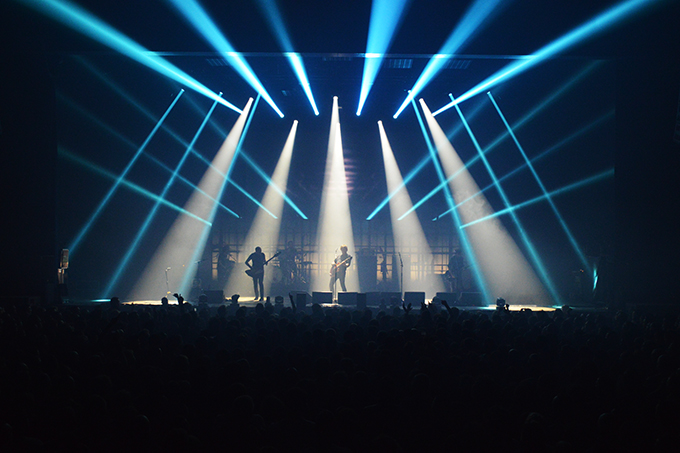 Against all expectations, the members of the band Détroit are not actually from Detroit, but from France. From 1985 to 1991, bass player Pascal Humbert and singer Bertrand Cantat were both part of the rock group Passion Fodder. After that band split up, Humbert joined the American band 16 Horsepower, while Cantat established his own band, Noir Désir, and became a superstar in France. At the top of his career, he was arrested for the murder of his girlfriend, actress Marie Trintignant, which he claimed was accidental. He served four years in prison for the crime and was released in 2007. Cantat didn’t return to music until 2010, when he reunited with his band Noir Désir. His return was not well-received in France and fans debated whether or not to boycott him and his music. Despite the boycott, others defend his talent, saying his private life should not interfere with how fans perceive and appreciate his work. After all of that, Noir Désir disbanded again that same year, and Cantat and Humbert have been back onstage together since 2012 as Détroit. Their much anticipated album, Horizons, was released in November 2013. One year later, we find them in the middle of their tour.

November 19, 8pm, Grenoble, France: Even though the audience officially came for a Détroit show, the crowd can’t wait to see Cantat again. The venue, The Summum, is packed with 3,000 people. By 8:30pm the opening act, French rock band, Willis Drummond, plays a peppy show. Promptly at 9:30pm, the word Détroit appears on a huge screen behind the stage. “Bertrand!” The audience is starting to become impatient. It’s Cantat’s first French tour after all the controversy four years ago. Buzzing throughout the room, the atmosphere is sizzling. He arrives with Humbert and four bandmates, all smiling. One guitar, two basses, a drum, a keyboard. The concert starts with the powerful “Ma Muse,” the first track on the only Détroit album. Cantat’s well-known hoarse voice starts to resonate. As an audience member, I immediately feel a strange sensation, as the guilt of supporting a convicted murderer struggles with the enormous joy of seeing a genuine rockstar performing live. There’s something mythical around Cantat. Behind him, on the big screen, artful graphic patterns and Super 16 videos are projected, synchronized to the rhythm of music.

Half way through the show, the intensity escalates. Under amazing colored spotlights, wandering among a smoke cloud, Détroit’s bandmates keep playing their music, focused but unfettered. Cantat seems to emerge from his soft torpor along with the audience. As the hit “Un jour en France” starts, he guides the crowd into a trance. Dressed in black and holding his red electric guitar, Cantat jumps on the front amp; now it definitely seems like Noir Désir is back on stage! Hits, such as “Tostaky,” make the fans shout, sing, clap hands, and wave their bodies. Suddenly, a slight guitar tune appears to soothe the audience, as mild bit of melancholy enfolds the whole room. “Le vent nous portera,” Cantat sings. This is one of the–if not the–most famous Noir Désir songs. On record, French musician Manu Chao plays the soft guitar chords, but tonight, Cantat takes that role. Some whoops of excitement emerge but nothing can distract fans from the evening’s atmosphere. After two hours, the bandmates stand in front of their audience and take a bow.

There’s something mythical around Cantat, something that cannot be explained. Running from one part of the stage to the other, leaning toward the crowd to touch every single possible outstretched hand, you can tell he loves his fans and they have become his new raison d’être. In the end, the Détroit show was more of a Cantat show, or maybe even a Noir Désir reunion. It was truly a memorable night to see a genuine performance by a legendary French rockstar. 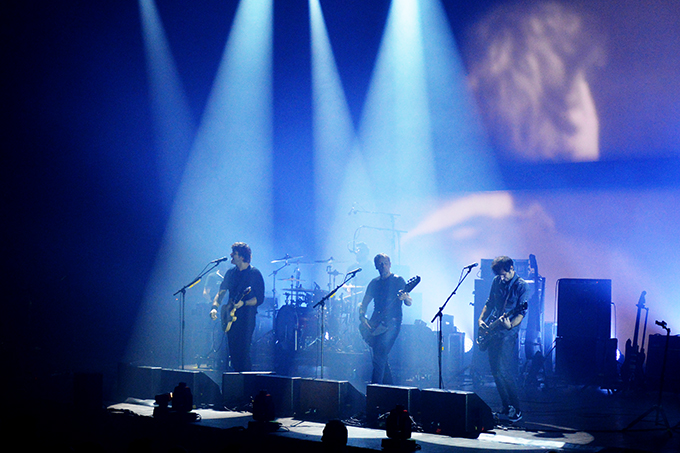 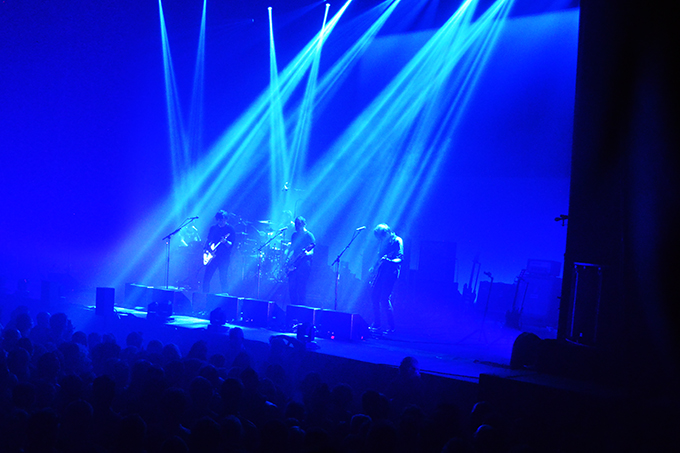 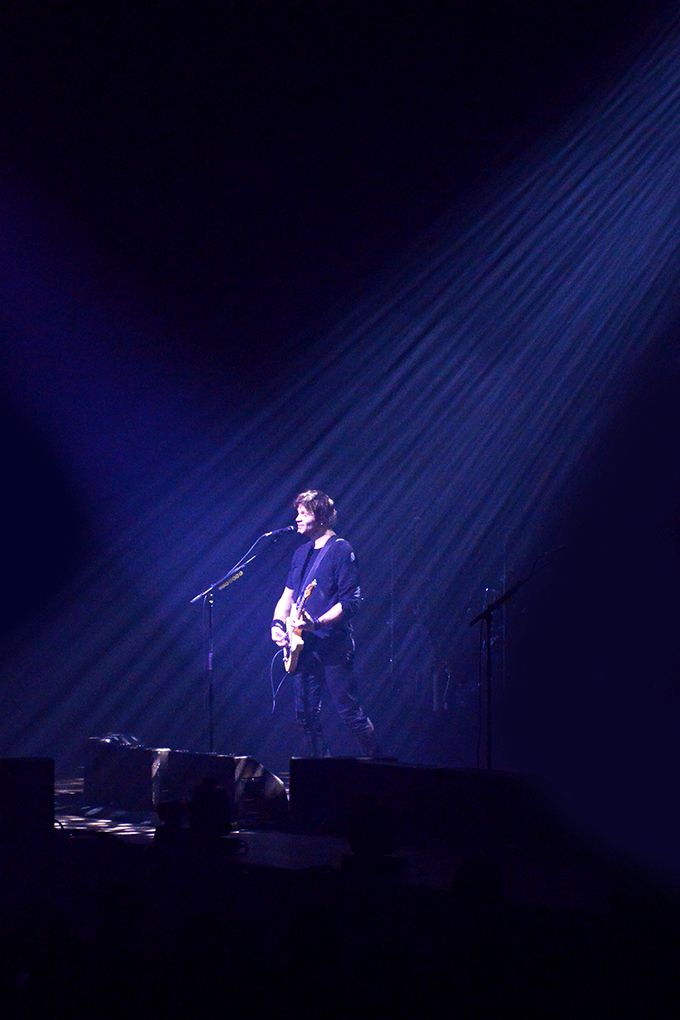 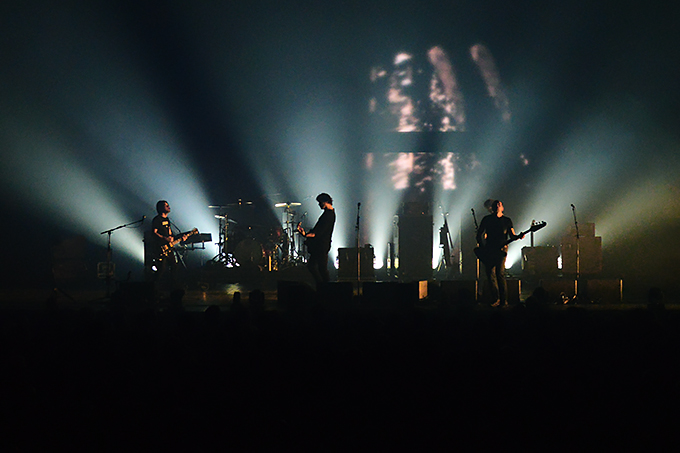 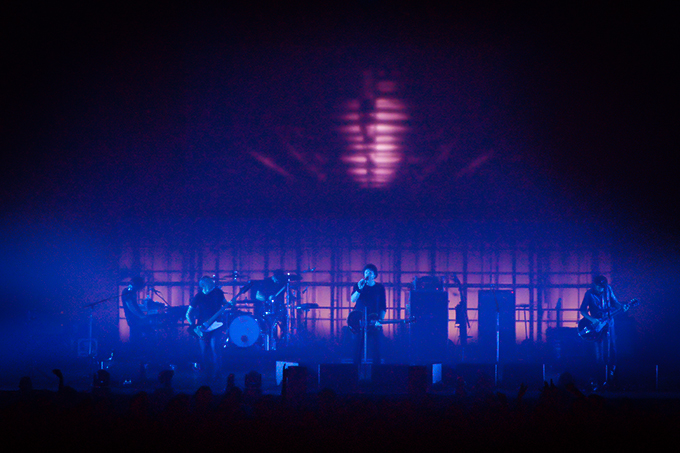 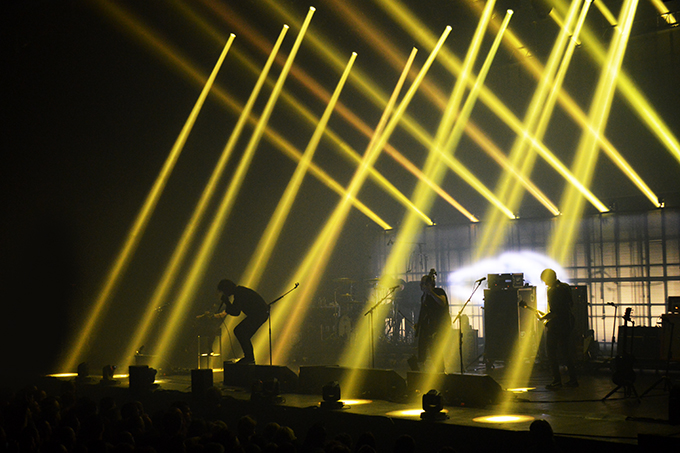