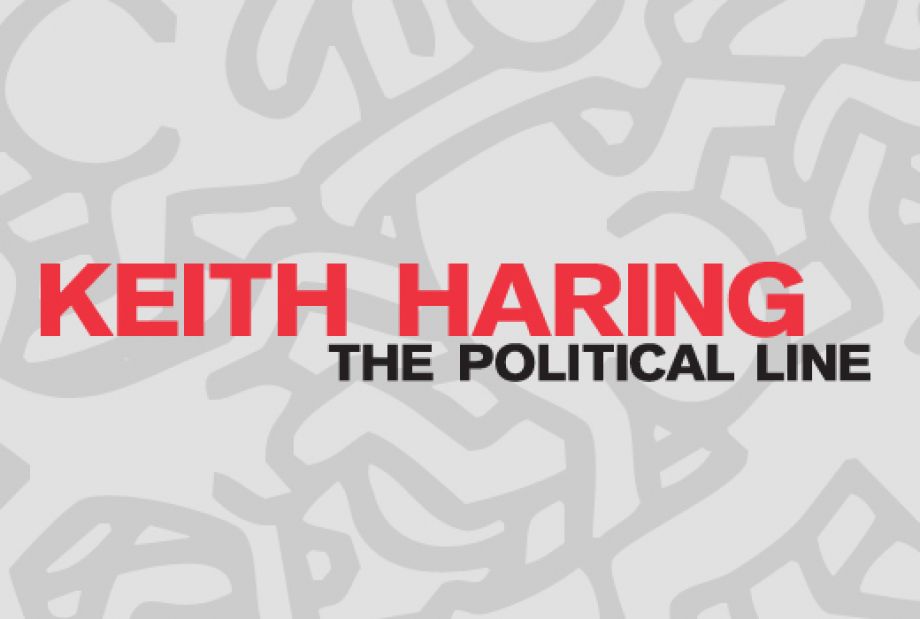 One of the most important and influential artists of the last 40 years, Keith Haring was the first American street artist to find commercial success during his lifetime. Today, artists such as Banksy turn their art into month-long viral events in places such as New York, but, some 30 years ago, Haring was paving the way. He gained notoriety in both the art world and the greater public sphere by drawing politically-charged chalk graffiti on expired NYC subway ad panels. People took notice right away of his work, seeing it during their daily commutes, and by the late 80s Haring had become an art world phenomenon.

So when we heard that the Keith Haring: The Political Line exhibit would be having its U.S. premiere at the de Young Museum in San Francisco’s Golden Gate Park, we knew we had to check it out. It is the first major Haring show on the West Coast in nearly two decades and catalogs many of his most politically charged-works, including themes such as technology, racism, capitalism and consumption, nuclear proliferation, and the AIDS epidemic. 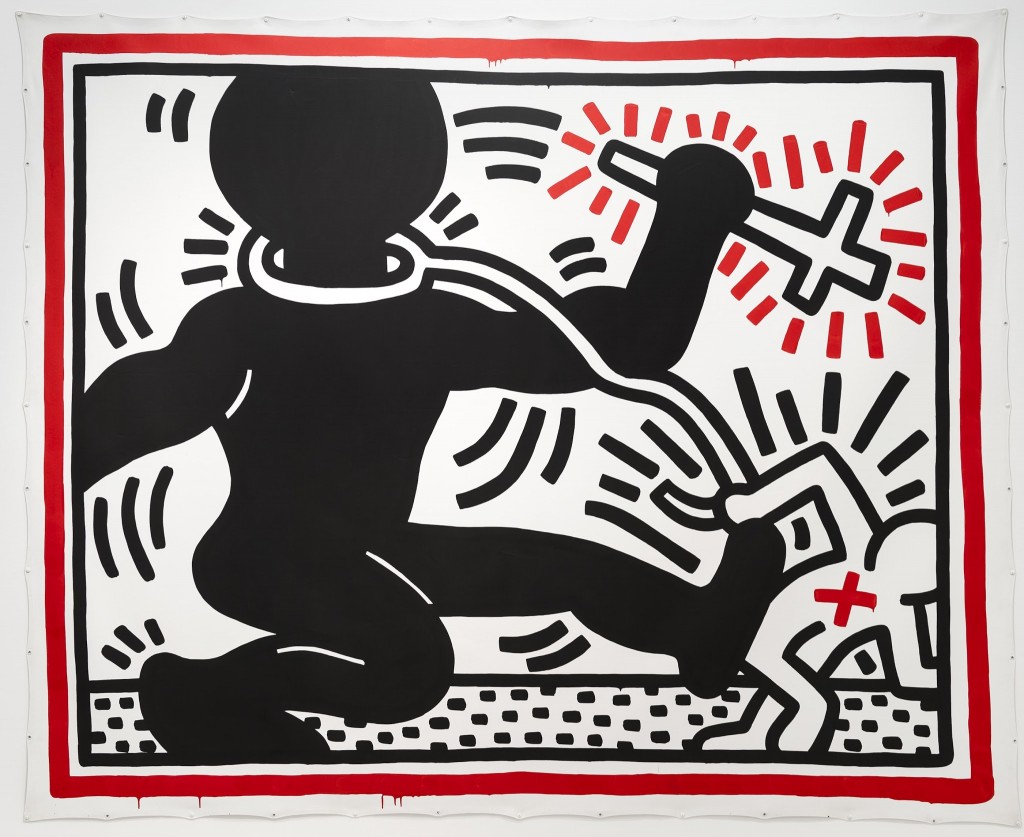 Haring once said that “art is for everybody,” which was an ethos he held throughout his career. Whether he was producing murals for schools or buildings, or producing $25 T-shirts with his work printed on them to be sold at his famous Pop Shop in SoHo, he wanted to make sure that anyone could see and be a part of his art. This is apparent throughout The Political Line. Haring’s work itself depicts the plight of the disparaged during the height of Reaganomics in a way that speaks to everyone. He understood the power of various media and how his art could serve the causes that he cared about. One of the most profound works from the exhibit, the monumental acrylic-on-canvas painting “Untitled (Apartheid)” (1984). was made into posters, badges, and T-shirts, and sold widely to help support the dismantling of apartheid in South Africa and the release of its most vociferous opponent, Nelson Mandela. 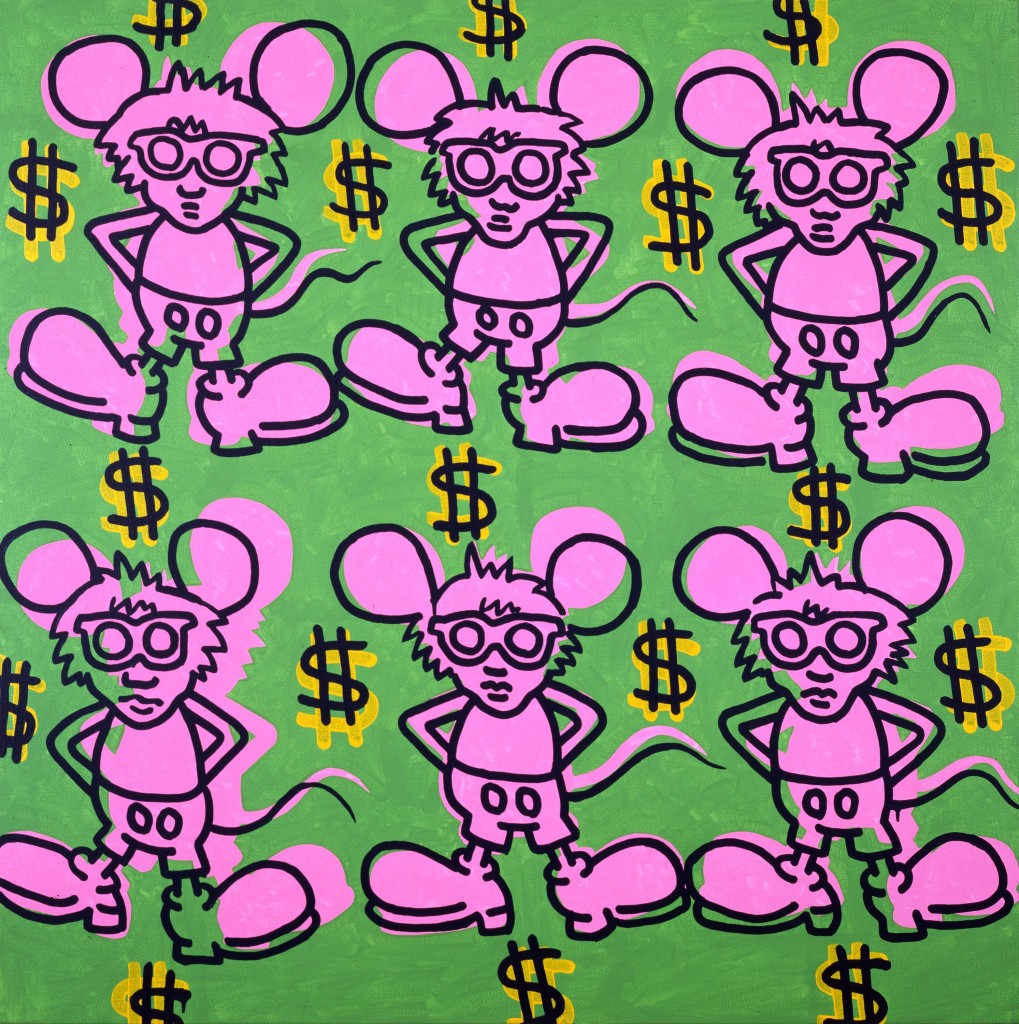 The small “Andy Mouse” (1985) painting shows Mickey Mouse with the head of Haring’s friend Andy Warhol replacing the standard head of the Disney character, repeated in the Warhol manner of wallpaper pattern, interspersed with dollar signs on a green background. It not only depicts Haring’s close friendship with Warhol and the love/hate relationship the artist had with wealth and celebrity, but also represents the irony of making a living off of fame from repurposing pop culture iconography.

Perhaps the most profound piece from the entire show is one that holds as much meaning today as it did when it was originally painted some 30 years ago. “Untitled” (1984), made with acrylic and enamel on a large canvas, depicts the pig-headed face of capitalism spitting out money, tanks, computers, greed, and more, into a green sea of humans emerging from the water to suck on the teat of the same character creating the sea they’re emerging from. 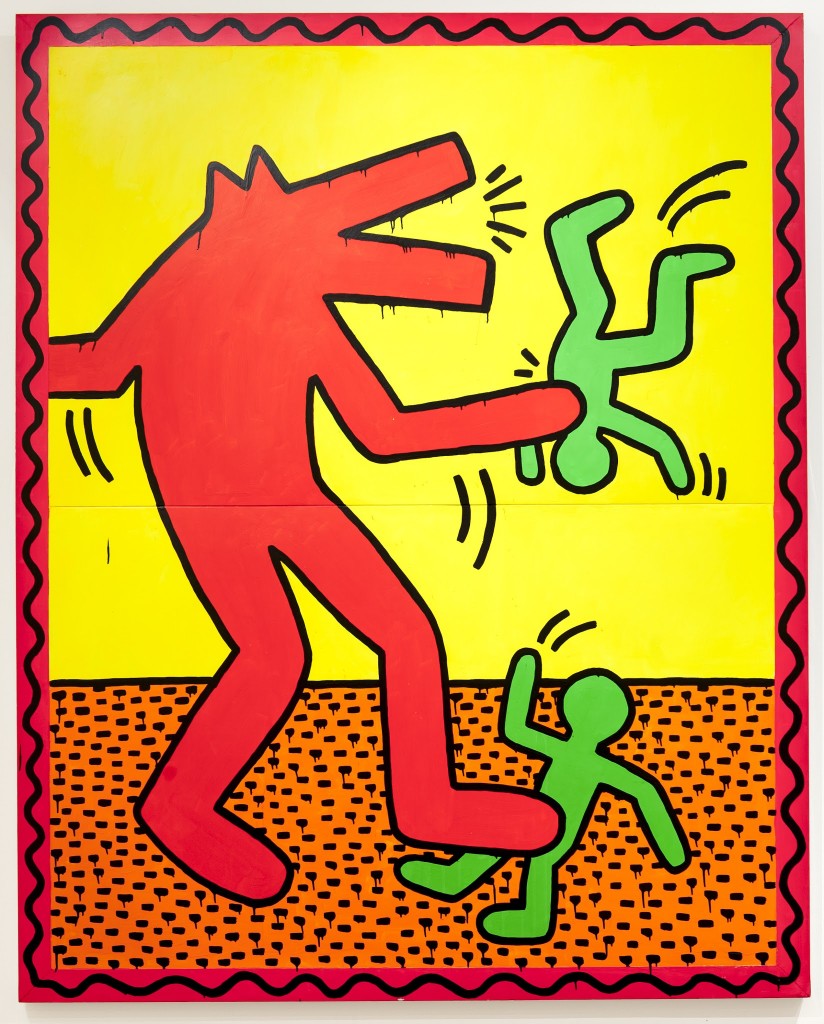 The Political Line arranges Haring’s work to highlight the messages behind it in a way that likely hasn’t been before. If you take his work at face value, you might miss what the meaning behind it all really means. The Political Line makes sure you understand what Haring was trying to say throughout his entire career, and in 2014, it’s almost scary how much weight the messages behind his work still hold some 30 years later. 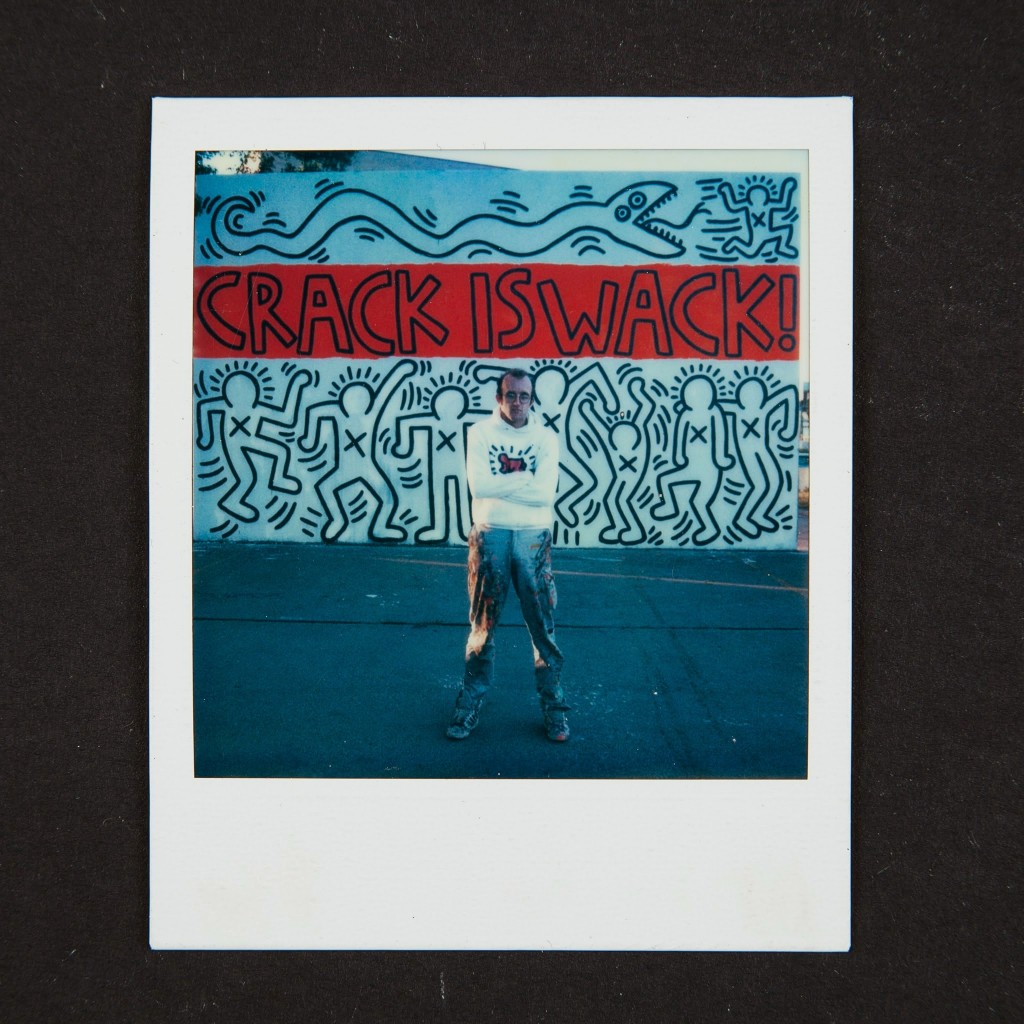