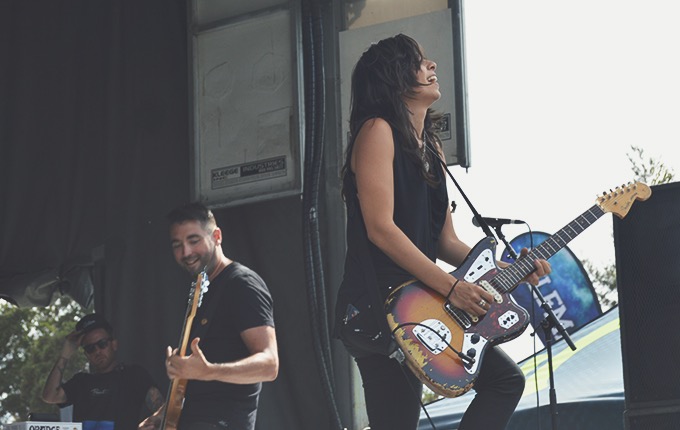 The 2015 Vans Warped Tour is in full swing, hitting the SF Bay Area last Saturday at the Shoreline Amphitheatre in Mountain View. During the day-long event, we had a little chat with Tatiana DeMaria, mastermind of the London-based rock band TAT. 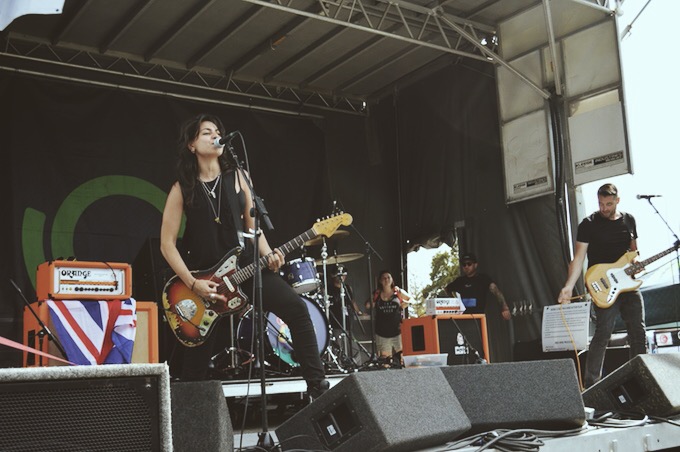 You played the Warped Tour a few years back. How was the first experience? And how is it different to this year?

Tatiana: When we played the Warped Tour the first time we were still teenagers, fresh out of High School. Growing up in the UK playing the Warped Tour was always something we wanted to do. So when we got the opportunity to play a couple of dates, we went for it.

The Warped Tour family is just amazing. And Kevin Lyman brought us back year after year. He has been such a wonderful supporter of our band. This year’s tour is massive. Every year it gets bigger and bigger. Not just the line-ups but also more stages are being added. There are a lot more cool bands to check out.

It’s nice to see a European band play Warped Tour. How are European festivals different from the ones in the US?

Tatiana: Well, Warped Tour is it’s own beast. But in general, people in Europe go absolutely crazy, which is great. It’s probably because booze is flowing freely. People are looser, they drink earlier. Alcohol is more accessible over there. It puts a different edge on things.

In the US it’s more restricted in terms of alcohol, but you have those incredible line-ups, which is phenomenal. Europe has great line-ups as well. The experience from being in a band is if you have fans that dig the music, you generally get great energy to feed off. 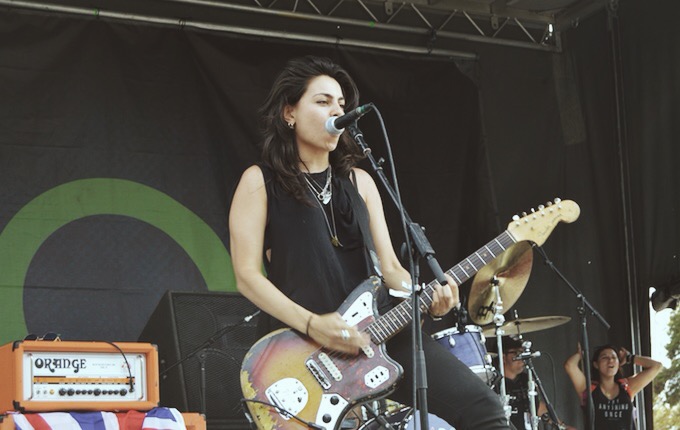 You released your last studio album in late 2008. When can we expect new music from you?

Tatiana: We took a little break since the last album and I wrote with other people. I worked on soundtracks and jingles and just embraced the challenge of doing different projects. That was a lot of fun.

We are putting out our new track called anxiety right now. It’s exclusively for Warped Tour at the moment, but it will be available online July 15th. Then in the next six to seven months we will be releasing a steady stream of new tracks until the new album drops early 2016. It’s still in the spirit of Soho Lights but it’s an evolution.

You seem like a proper riot grrrl, do you have any advice for younger girls who are dealing with confidence issues?

Tatiana: I get asked question about being a woman a lot but I never really think about it that way. I didn’t grow up listening to women in music. I think more as a person in terms of confidence. For me it was more about who I am and my particular journey. I was so dead set on something and believed in it. So confidence was never really the question. It came out of my passion and the idea of “how will this work” and “let’s get it done.”

I might come off as incredibly confident, but I’m dealing with insecurities too. But the bottom line is, you are who you are. You can’t really change that, so you might as well enjoy it. Make the most out of it and just find a way to love yourself. 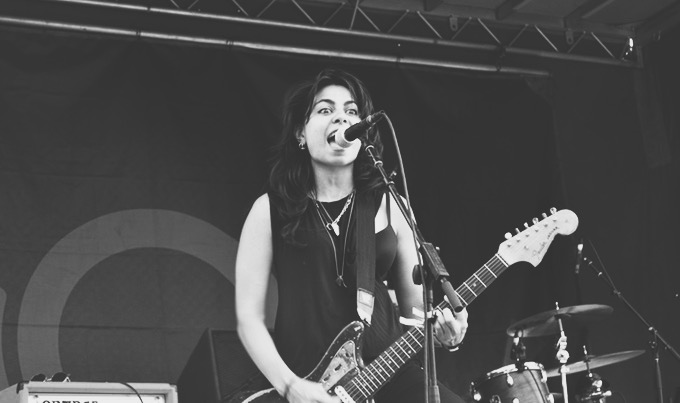