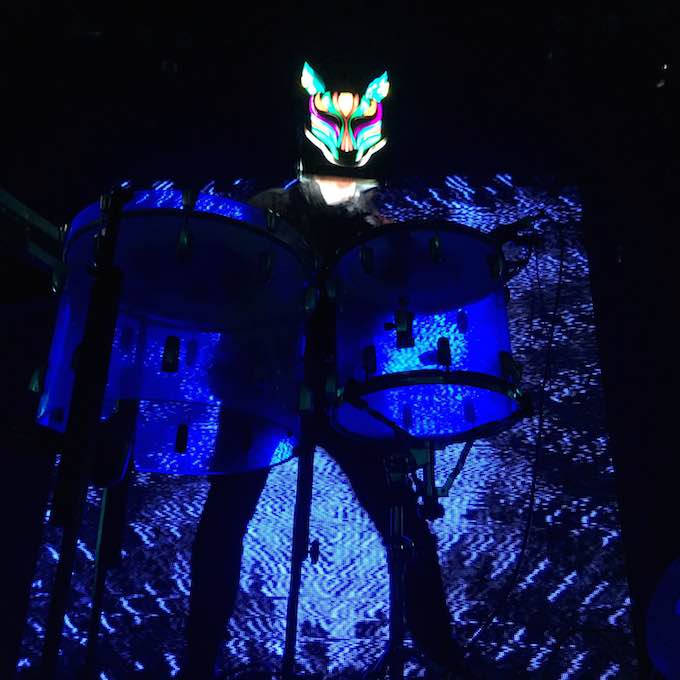 Slow Magic and Giraffage wove a magical spell on the audience members of their show this past Thursday at the Regency Ballroom. Sharing a billing with DJ Dials and Lindsay Lowend, it was a night filled with high energy and spectacular light effects. DJ Dials got the party started with a slew of ambient-infused R&B and peppy West Coast style tunes, while Lindsay Lowend (with his spectacular, flippable hair) kept the high energy up with beloved dance tunes like Vengaboys’ “Boom, Boom, Boom, Boom!!” 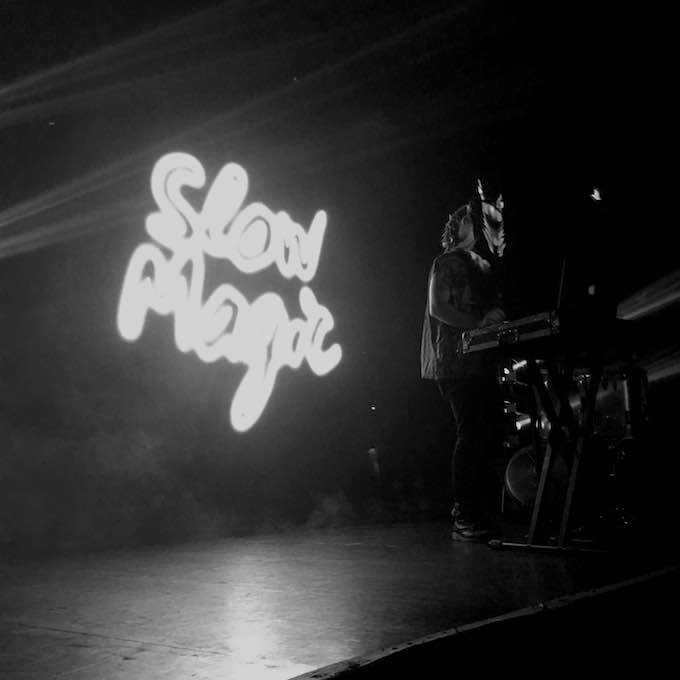 It wasn’t until Slow Magic’s set when things became otherworldly, and not just because the music creator was a guy wearing an LED wolf mask. What made Slow Magic memorable was his enthusiasm and physicality –- at one point he even joined the crowd below the stage and climbed on top of his equipment table. Every bang from his set of tom-toms would light up the entire venue, which meant that the room was in a constant state of chaotic frenzy thanks to a series of complex drumming patterns. 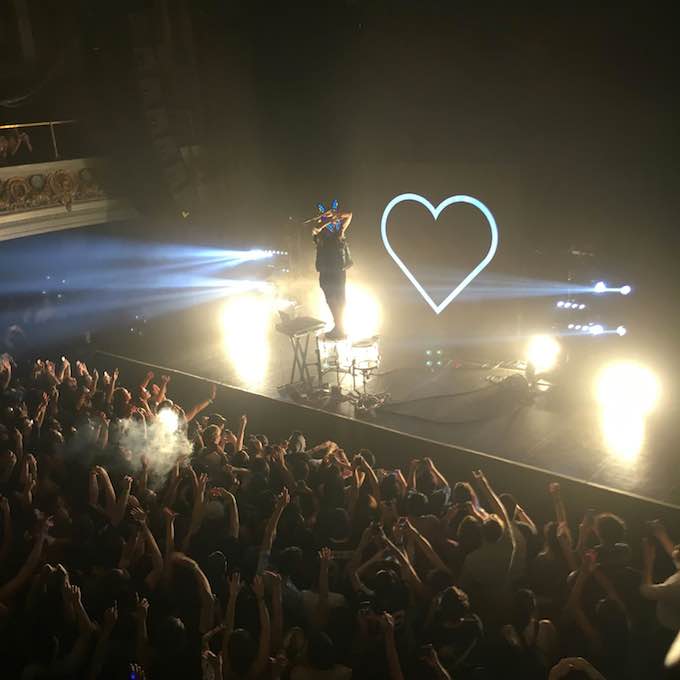 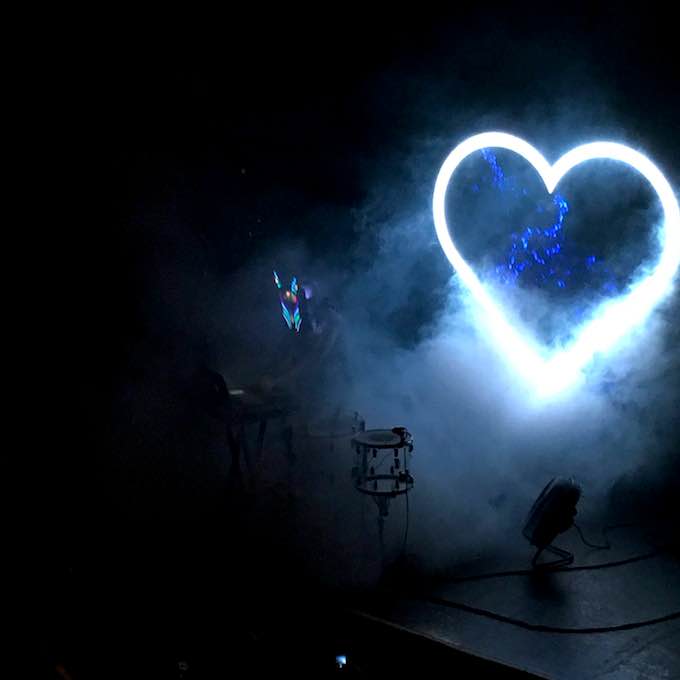 And whereas Slow Magic was all dance and bounce, Giraffage was straight up hypnotizing. With popular R&B remixes including a mash up of Drake’s Hotline Bling,” and other Top 40’s hits such as Carly Rae Jepsen’s “I Really Like You,” Giraffage managed to induce a dreamy and melancholic vibe to his tracks despite their familiarity. The brilliant emojis flashing in the background added on to Giraffage’s charismatic and eccentric performance, rounding out an exhilarating night with an image of clapping hands that mirrored the crowds’. 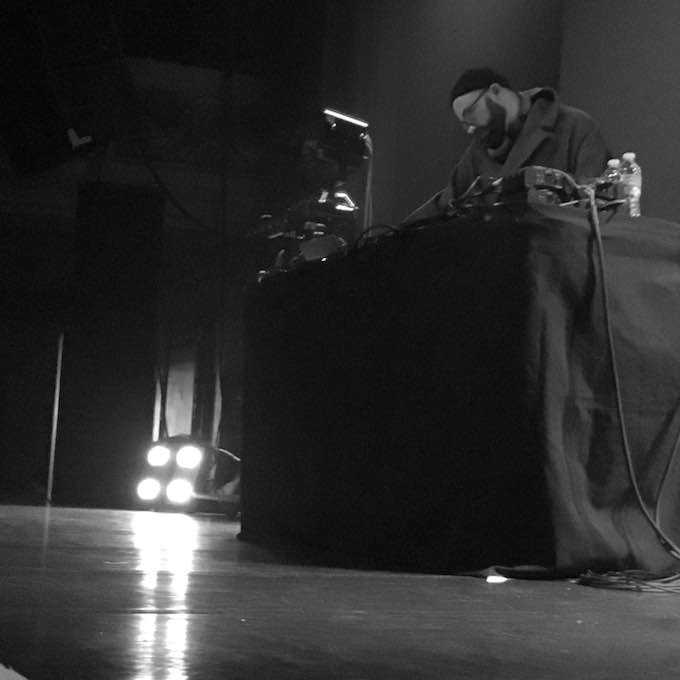