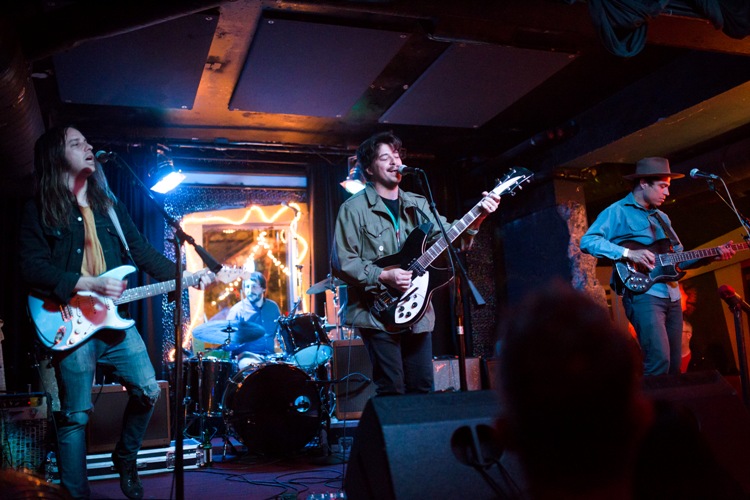 On Tuesday, April 5th, a packed crowd at Bottom of the Hill had their faith restored in the fact that rock and roll is very much alive. Show headliner Matthew Logan Vasquez, dressed in a teal kimono he traded a CD for, brought the energy up to a fever pitch with his stage shenanigans and rocking beats. Also on the docket were Dustin Lovelis and his boys, and singer-songwriter Reverend Baron, both of whom played their own sets, and took the stage during Vasquez’s set in a joint effort to keep the spirit of rock strumming along.

Hailing from Long Beach, CA, Dustin Lovelis and his band of merry rockers kicked off the show with a set of finely-tuned pop-indie-rock sound. The set built up the crowd’s energy nicely, crescendoing into an all-out jamfest during the group’s last song. Lovelis played tunes from his first solo album Dimensions, which he released through Porch Party Records in May of 2015. Audience members may also have recognized him as the front-man for rock group The Fling, which is currently on hiatus. 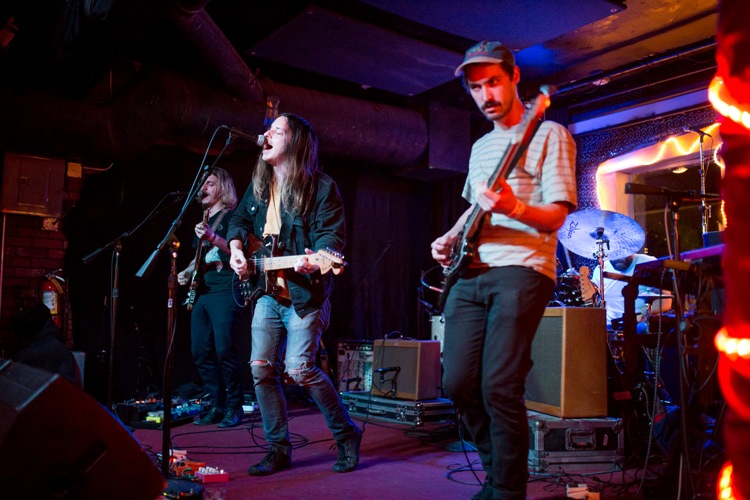 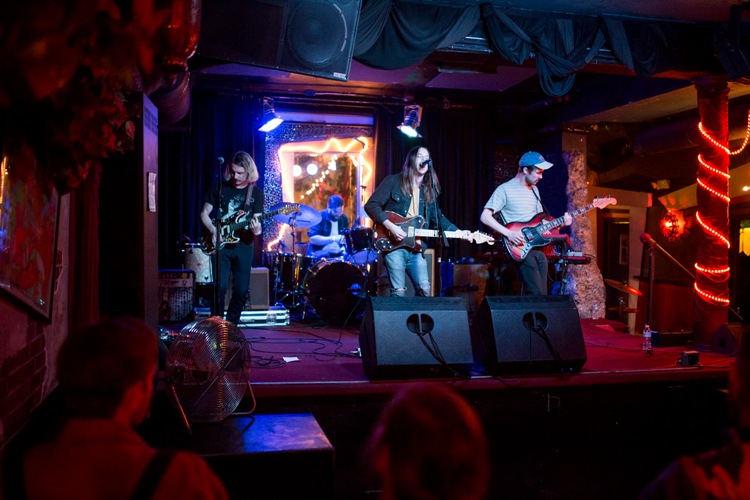 While some may recognize Danny Garcia from the professional skateboarding videos and competitions that he has shredded his way through, the Southern Californian is now making a new name for himself in the music world. Reverend Baron is the mysterious pseudonym Garcia chose for his musical persona. His music combines tales of woe and love with echoing vocals and subtle guitar riffs. On Tuesday’s show, Garcia took the stage alone and, seated on a spindly metal chair, hypnotized the crowd with his dreamy tunes and story songs from his recently released EP, Pheasant. 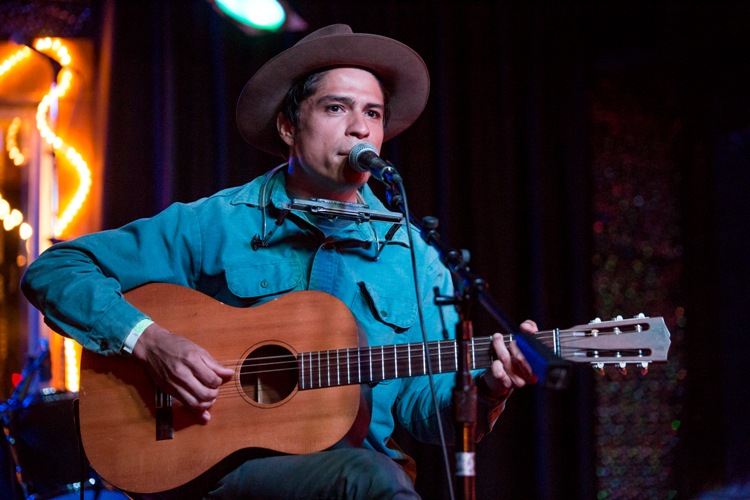 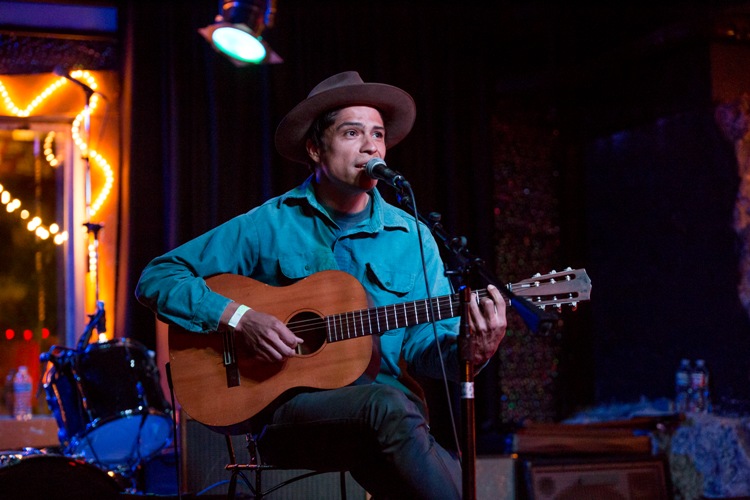 Matthew Logan Vasquez, lead singer of the now on-hiatus group Delta Spirit, brought the night to a rollicking finish. Vasquez took the stage with both Reverend Baron and Dustin Lovelis by his side. The trio, along with drummer Jeremy Black, came out hot and didn’t let up for an instant. When Vasquez plays, he looks like he’s having the time of his life, and this insatiable energy was infectious. But, to make sure the audience was committed to riding the rock train with him, Vasquez came out into the audience for his second song, “Black East River” and got pairs (many of whom didn’t know each other) dancing together. Then it was back up onto the stage for a set filled with karate jump-kicks, snarky and hilarious dialogue, and — at one point — beer stolen from an audience member. By the end of the show, the audience was jumping and dancing along. Along with his solo tracks from Vasquez’s Solicitor Returns and The Austin EP, the group played some of Delta Spirit’s famous songs, as well as some Middle Brother tunes that Vasquez collaborated on.

The evening was capped off with an encore during which Vasquez took the stage alone and got everyone singing along to Delta Spirit-favorite “People Turn Around”. Vasquez and the rest of the gang will continue to tour the country through May. 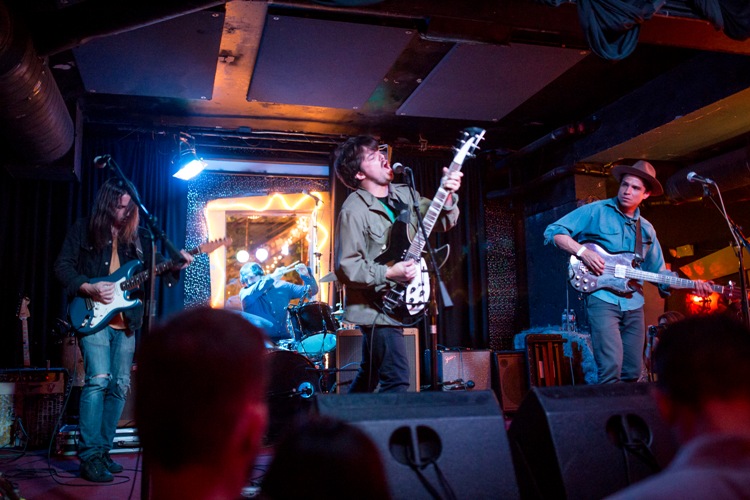 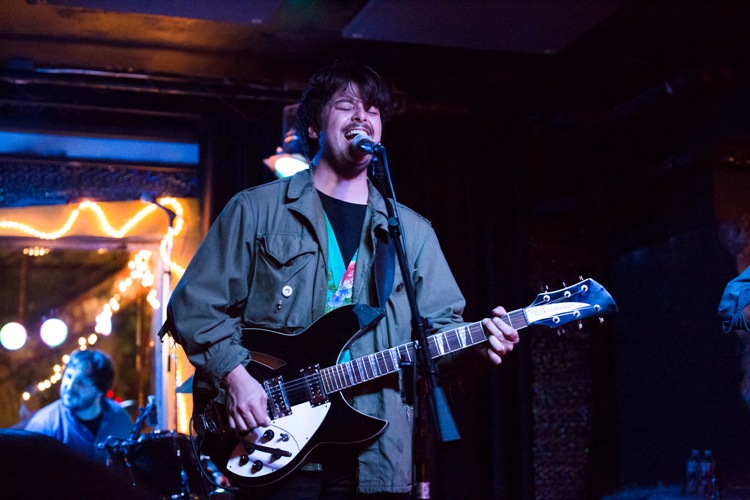 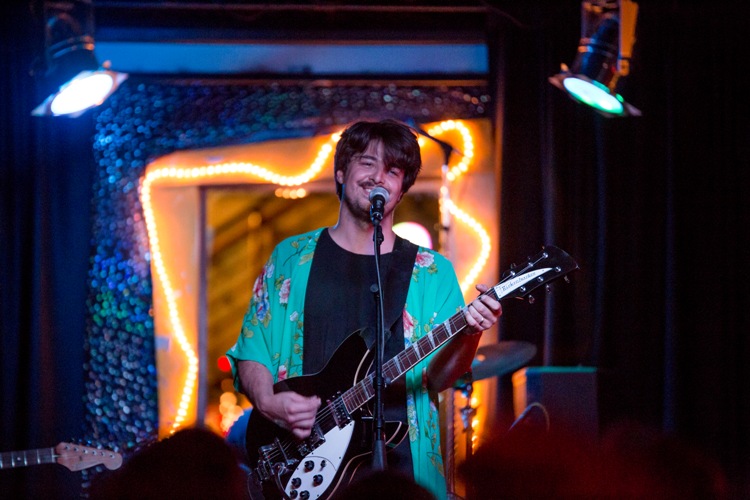