I hate to make generalizations, but the music scene in the Los Angeles suburb I grew up in was not what I would call, in any way, alternative. It was catchy, fun and very easy to listen to. Of course I attended my fair share of A New Found Glory shows and drove around blasting Ja Rule and Nelly on the radio. What can I say? It was the early 2000s in “the valley.” It wasn’t long before all the emo, ringtone rap and tween pop had me pining for something with a rawer taste and sharper edges. I’m talking about real rock music. The Velvet Underground, The Who and The Stooges are prime examples of rock that are all, sadly, now in the past. However, like The White Stripes, The Hives and Yeah Yeah Yeahs, San Diego’s Trap Gold gives me further validation that real, hard-hitting rock music with bad-ass vocals is not a luxury of the past. The four-piece band has all the grain and filth that I look for in a garage rock band. 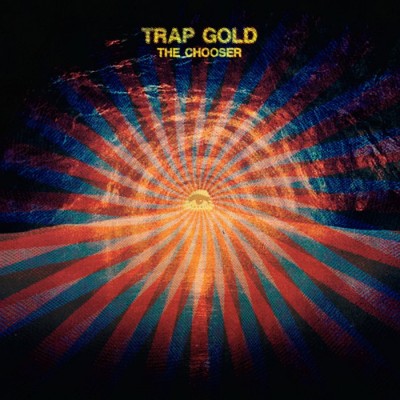 On Trap Gold’s 2011 summer release, The Chooser EP, the band brings its collective calm to the lo-fi and psychedelic sounds of the 1960s. The EP features two songs from the band’s first self-titled EP released in December 2010, both of which demonstrate a refinement in delivery and confidence. Compared to the first recording, the opening track on The Chooser, “Miss Miss,” successfully teases listeners with a deeper, synthesized opener by bassist Chase Elliott, and is slowly built up by the steady drums of Mikey Turi. By the time the track is finally realized by Ryan Bohan’s full guitar riffs, I’m dying to hear Kelly Sullivan and Turi’s burning voices. The song continues to simmer with its lyrics, capturing the addictive and precarious business of the opposite sex. Sullivan and Turi’s irate assertions that “These tight fists make me wish you don’t exist I’ll never do it again/ You got me howling you got me growling, miss miss/ You got me crawling you got me feeling so sick,” drip with both resentment and longing.

The title track is less psychedelic and more upbeat than Trap Gold’s previous work. The rhythm guitar from Bohan and the intervals of “Oh oh oh oh’s” would make the song “The Chooser” almost comparable to surf rock if not for Turi’s deep and gaudy solo vocals. This balance of doo-wop and rock n’ roll is what makes bands like Trap Gold seem lost in time. The poppy melodies are a quick and welcomed change from the first track’s reverberations. Turi’s lyrics are at their most playful here, particularly the opening “Remember when I was a child, nothing was cool just to skate or die/ We partied hard, cause the living was easy.” They also mirror Turi’s own experiences with accepting (“you can’t be the chooser”) and living with a very debilitating spinal condition (“you just run and run and run ’til it feels alright so you don’t stay home like a fucking loser”). This track is also my favorite display of Turi’s “suicide” drum set, made up of only three pieces. Without any previous drumming experience, he created his set only one summer prior to THE CHOOSER by asking friends for spare parts.

While Turi and Bohan write 95% of the band’s music, the last two tracks on The Chooser play off of the strengths of the bass and the unassuming approach of Sullivan. The third track, “Hey Boy (use your big words),” has a wicked bass line that keeps this guitar-heavy song fluid, while Sullivan’s harmonies on the last track, “Trick,” are measured by a modest sexiness and toughen up the vocal performance as a whole. The Chooser is a solid effort and a promising indication that this band has only begun to make its mark.

If you haven’t heard of Trap Gold yet, keep an ear pointed south toward San Diego and Los Angeles, where the band has been playing shows with The Vacant Lots. Trap Gold won’t disappoint garage rock enthusiasts, not to mention it is the only band I’m aware of that boasts professional tambourine playing. Download their new EP, The Chooser, from Bandcamp.