Hipster triangles, anyone? Robin Carolan’s Tri Angle must be shiniest one around, with the #1 spot on the Billboard list of “Best Indie Labels” and a recent “Record of the Month” from London’s legendary Rough Trade record store (for Balam Acab‘s Wander / Wonder). On August 19, Tri Angle celebrated its first birthday at 103 Harriet, a pretty spacious club in San Francisco. When you think about it, such acclaim and hype sit kind of incongruously with the general “feel” of the music that the label puts out, which could be described as “introverted.” Bedroom producers making heady electronica with influences from hip hop and bass music, and a flavor of Goth – not exactly what you would consider a recipe for world domination. That being said, since England’s Burial got a Mercury Prize nomination in 2008 (his tunes are among the most introverted I’ve ever heard), I may have to take back my words. 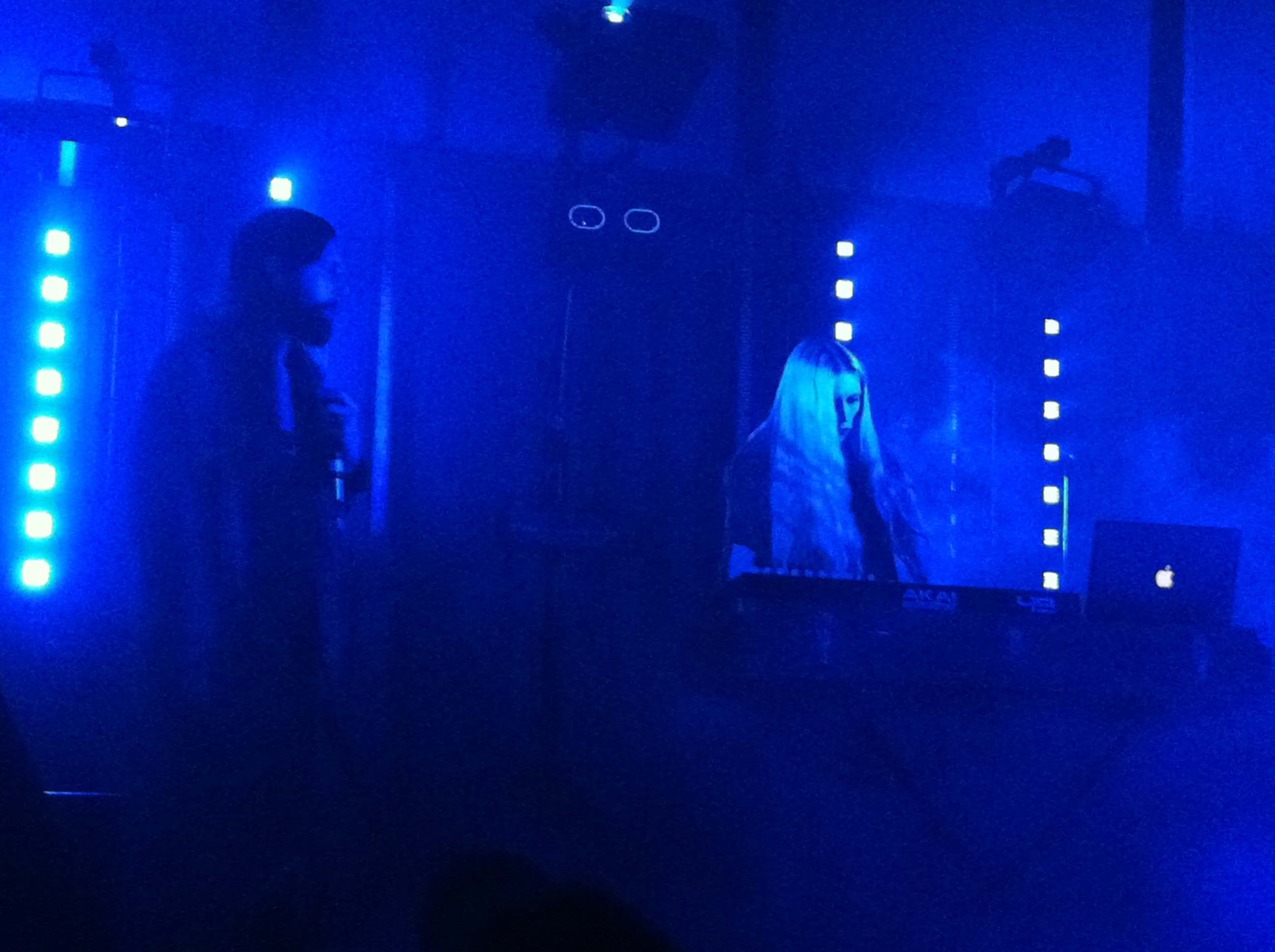 At the Tri Angle party we got to see the critical darling oOoOO, as well as labelmates Babe Rainbow, Water Borders and Clams Casino. There also was Brooklyn duo White Ring and two guys from Cali’s own Wedidit collective: Shlohmo and D33J. The latter played first, seducing the audience with instrumental hip hop as starry-eyed and lovey-dovey as certain strains of trip-hop. One of his tracks was a standout, all sensuous sub-bass with an occasional forceful beat or noisy fragment (a trick inherited from dub producers – the occasionality provides for a more visceral impact).

I felt a visceral impact, and an unpleasant one this time, when I saw the excellent band Water Borders suffer from nasty sound issues. The first songs sounded as if they were being chewed on by a hippopotamus. But the boys struggled on manfully nevertheless. They expanded to a trio recently, by the way, and their sinister electronic ballads got an unexpected addition, namely guitar screech. Water Borders’ frontman, Amitai Heller, is a total character – a nerdy librarian type with a melodramatic and grotesque performance style, which reminds me of Bauhaus’s Peter Murphy. The last song they played was truly sublime. With its fiery rhythm and evil laptop growls, it was the most uncivilized thing we heard that night.

Babe Rainbow, or Vancouver beatmaker Cameron Reed, also experienced audio system problems at first, but soon enough he was able to imbue his sound with a proper cavernous quality. In the middle of his set we bathed in an ocean of reverb, which was pretty awesome. It was tasteful dark urban music, which I view as parallel to early, “original” dubstep, something like Vex’d or Distance. Next was White Ring with what could be described as bass-infected Goth pop, very much like Salem but with creepy little girl vocals. Too bad the vocals were heard only when the singer Kendra Malia was screaming her guts out (which didn’t happen very often). Otherwise, nada. That was pretty annoying.

Shlohmo’s beats were sweet, and he dropped a great Burial remix for good measure, but the impression was that he wasn’t doing that much live (he inserted some interesting vocal loops stuff in the end, though). After him was Clams Casino, who had got a lot of buzz for his wistful instrumentals for Lil B – and I have to admit, while his tracks with the MC are gorgeous, the music stands well on its own.

Headliner Christopher Greenspan aka oOoOO played late – at about 3am! Like Salem and White Ring, oOoOO is considered a figurehead of the so-called “witch house” genre. I was expecting at least some dirty electronic noise, but instead we got pure pop music, with poppy melodies and poppy vocals. But, the bass was dominant enough, pushing us down from the very start.

Overall, it was not a bad night, but I wished for the music to be more sexy and/or aggressive, and the straightforward House playing in the other room sometimes seemed like a breath of fresh air. I am uncertain as to what would be the best way to appreciate Babe Rainbow or oOoOO – yes, the bass is very powerful and therefore needs to be experienced live, but their output is too brooding for a Friday night party at a place like 103 Harriet. I’m not sure what the perfect live setting for it would be. Perhaps an art gallery?