The Treasure Island Music Festival is a precarious event. Located on a man-made island in the middle of the San Francisco Bay, the location posses a number of logistical challenges for organizers and attendees alike. Though some gripe about not being able to park on the island and being bused to the island via shuttles, I found the transportation to be well executed and easy to navigate. However, there were a number of other issues, some good, some bad, that helped make the festival unique and unlike any other. Below are some compliments and complaints I had with the musicians, organizers and crowds at Treasure Island. Konya saç ekimi badoo konya seo 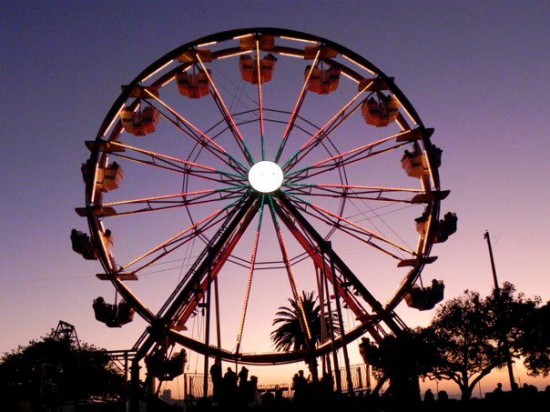 Not missing any bands due to scheduling conflicts: With only two stage setups on the island, attendees can take in every performance during their time at the festival. No need to make heartbreaking decisions or compromises when it comes to choosing which band to watch.

Silent Disco: Though a silent disco might sound like a bit of a novelty (which, I suppose, it truly is), wearing headphones with a bunch of other saps and listening to a DJ broadcast music to wireless headphones was surprisingly enjoyable. With a bar inside that sold $9 Heinekens and local Bay Area beatsmiths manning the decks, the silent disco proved to be a nice escape from the otherwise engulfing festival environment. 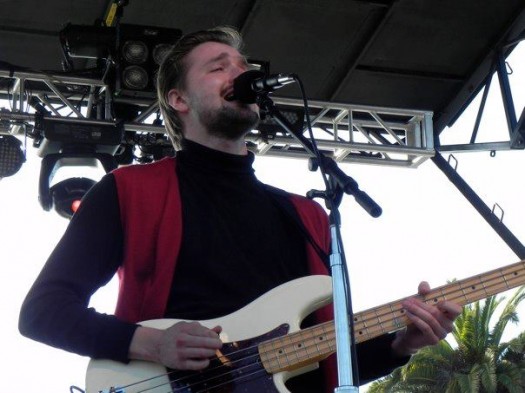 Wild Beasts: After releasing one of the best albums of 2011, the English quartet Wild Beasts didn’t disappoint with its powerful mid-day set. Dual vocalists, Tom Fleming and Hayden Thorpe, traded singing duties and vocally sparred like seasoned pros. The band’s recent album, Smother, is drenched in studio polish and the group managed to maintain the characteristic glistening shine that’s so prevalent on nearly all its songs.

The pleasant weather: With precipitation, gale-like winds and teeth-chattering temperatures, the forces of nature were against Treasure Island last year. Though there weren’t biblical rains that created a necessity for wellingtons or galoshes, the weather at last year’s festival made things difficult. This year, however, the weather was quite agreeable. Abundant sunshine and warm temperatures were the main feature of the weekend, making individuals who wore massive wool pea-coats and knee-long trenches look out of place

The American Grilled Cheese Kitchen: A gourmet grilled cheese sandwich is 65% better when it’s consumed on a small island and within the confines of a music festival. Located near San Francisco’s South Park neighborhood, The American Gilled Cheese Kitchen has been serving up interesting styles of the classic sandwich since 2010, and whoever came up with the idea of putting an outpost on Treasure Island over the weekend is a genius. Though the melted cheese and bread hucksters set up shop in a slightly nestled and hard to find area in the festival grounds, putting down a finely crafted grilled cheese with bacon, tomato and jalapenos was a far cry better than eating the slop that was being sold on the midway. 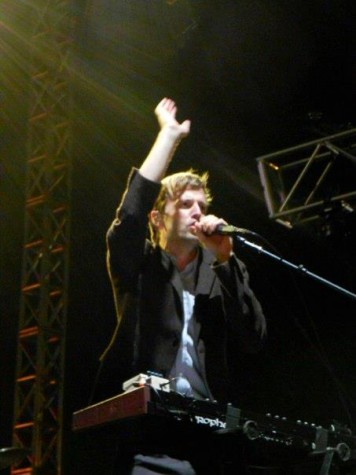 Cut Copy: I was slightly taken aback when I first heard Cut Copy was playing below Empire of the Sun. Though both Australian groups have gained immense popularity over the past few years, Cut Copy has proven itself with three consecutively impressive albums, while Empire can only fall back on its one, juvenile-sounding LP, Walking on a Dream, that was released in 2008. (Why is this band still touring in support of this album? Can you say “flogging a dead horse?”) Regardless of what band I thought deserved headline status, Cut Copy treated its set as if it had something to prove to the Bay Area audience. With an innate front-man quality, Dan Whitford has really stepped up to the plate on this most recent album cycle and grown into one of the more charismatic lead vocalists of his generation.

Having to watch every band (even if it’s crappy): While it is nice to not miss an act, there were several bands on the lineup this year that I couldn’t be bothered to watch or listen to. Being subjected to bad music over the course of two days really started to wear on my sanity and question my faith in the festival organizers’ music tastes.

Booze sales: I understand at a music festival the price of an alcoholic beverage is going to be above average–and $9 is an absurd price for a beer–but can’t organizers try and sell something other than watered down lager and crappy wine at a festival? Because Treasure Island lies in such close proximity to pretentious food and drink enclaves, I would’ve thought there would have been craft beers, fine spirits and some of Napa Valley’s finest, but no, there was only overpriced Heineken and foul wine that belongs in a cardboard box. 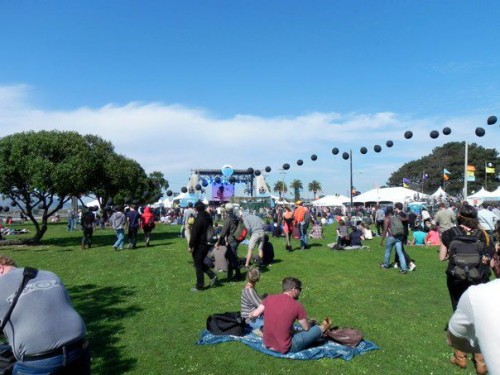 Idiots in the crowd:

I know it’s a festival and people oftentimes throw inhibitions to the wind, but there were some serious idiots I encountered, who lacked any dignity or common respect for their fellow man.

Dear awkward dancing woman near me,
You are probably the worst dancer I’ve ever witnessed. You seemed to think you could move, but sadly, you can’t. Your off-beat gyrations and borderline inappropriate hip shaking only made me feel awkward and embarrassed for you. If you have any self respect–which you undoubtedly don’t, based off your atrocious moves–you’ll never attend another music festival again.

Dear idiot who was walking around with an oversized stuffed animal,
Thanks for lugging around a giant stuffed dog and nonchalantly bumping it into my friend to the point of extreme annoyance. I know that your brain function is undoubtedly lower than normal, but if you can believe it, when people are watching a band play, they typically don’t like being whacked in the back of the head with a childish stuffed K-9.

Death From Above 1979’s unimpressive set: When DFA 1979 got back together earlier this year, I heard people talking about how excited they were to see the newly reformed band. I’ve listened to the group’s somewhat lauded album, You’re a Woman, I’m a Machine (the only LP the band has ever released), and was somewhat interested in seeing the band perform. But I was seriously taken aback by how god-awful the band sounded during its performance. With some of the worst singing of the weekend, inept musicianship and an almost non-existent stage presence, the group made me hope that it’ll soon recede back into the nether regions of indiedom that it crawled from earlier this year.

Did you go to TIMF also? What did yo think of the festival? Let us know what you think! Follow us on Twitter and like us on Facebook to give us a shout. You can also stay on top of exciting events from around the world by downloading the eventseeker app for iPhone, Android or Windows.