Whoever thinks that the era of great British rock bands is over has probably never witnessed a show by the British band The Darkness. After a five-year break, the just reunited band performed at the Fillmore in San Francisco on Tuesday the 21st, and I am not exaggerating when I say that they completely rocked the place. 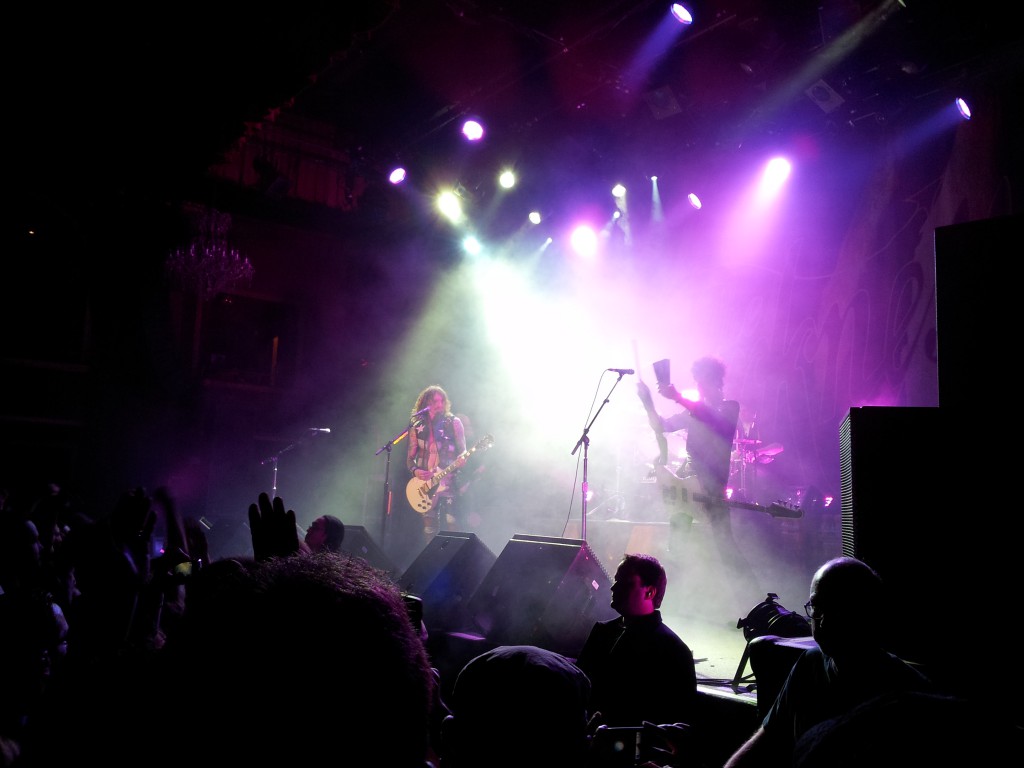 After the two opening acts finished, the five guys of The Darkness entered the stage with the promise of some good old fashioned rock and roll. Combined with the convincing charm of front man and songwriter Justin Hawkins, the band managed to win over the crowd within seconds. The music of The Darkness could well be described as a mixture of glam and hard rock, with a strong bias for the sound and style of bands like AC/DC and Queen. However, those who feel such influences might make the band sound outmoded and obsolete couldn’t be more wrong. With his funny and clever lyrics, his mind-blowing guitar solos and his unique way of singing in a high-pitched falsetto, Justin Hawkins takes rock and roll to a whole new dimension–while being careful to respect the genre’s roots at the same time. 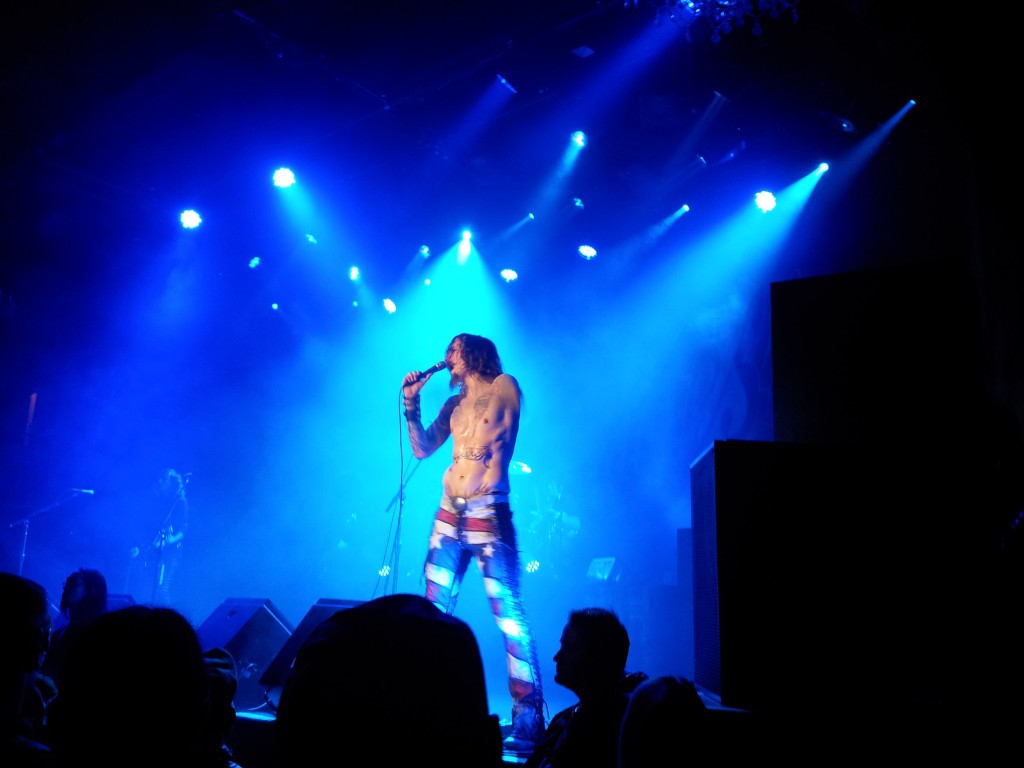 The band was formed in 1999 by Justin Hawkins (guitar, lead vocals) and his brother Dan Hawkins (guitar, vocals) in Lowestoft, Suffolk. After releasing its first album Permission to Land in 2003, the band gained huge international attention. The album contains some of the band’s greatest hits, such as “I Believe In a Thing Called Love” and “Get Your Hands Off My Women, Motherfucker,” which is still an important part of every live show The Darkness puts on. Due to alcohol and cocaine problems, Justin Hawkins surprisingly left the band in 2006, shortly after the release of the band’s second album, One Way Ticket to Hell…and Back. After trying to replace the lead singer for a couple of months, the band finally split up in late 2006. In 2011 the band announced that there would be a reunion and a new album in “early 2012.” Since then, The Darkness has more than made good on its promise, and the group continues to rock the world’s stages with all original members. 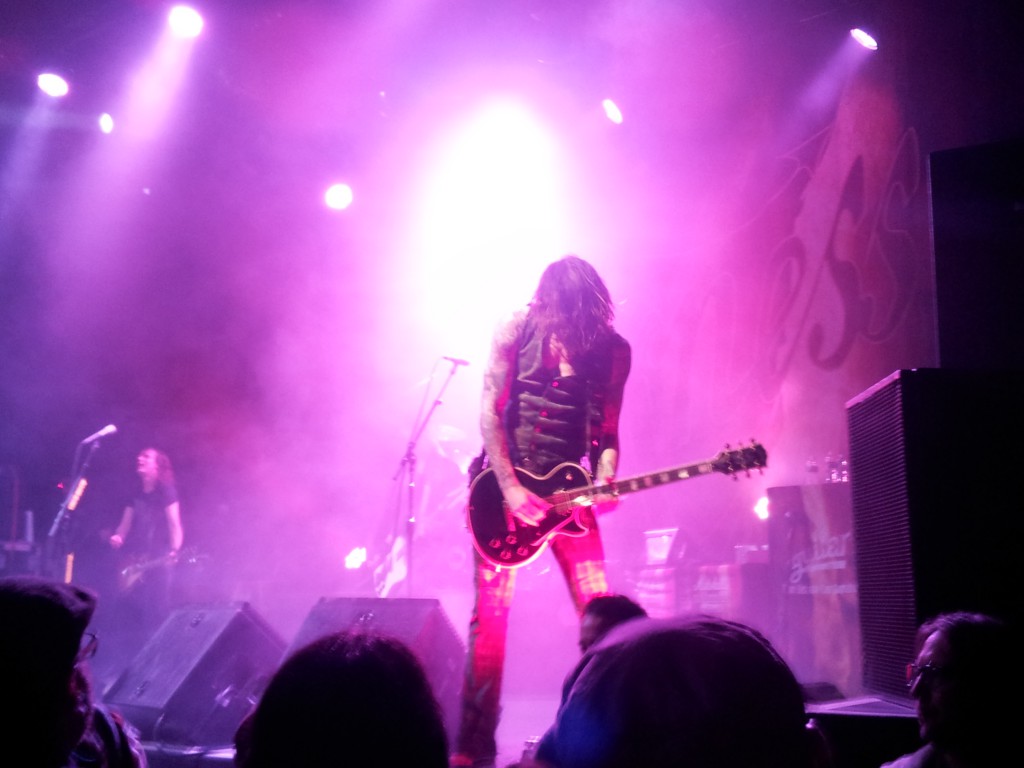 The show at the Fillmore definitely had everything a great rock show needs. When he entered the stage, Justin Hawkins was dressed in a skintight stars-and-stripes leather outfit, bringing back to mind why the band’s style is actually referred to as glam rock. What followed were two hours of very elaborate showmanship, including wild and crazy stage actions, smooth sing-along parts, but most of all, straight-forward rock and roll music. In addition, it was very entertaining to listen to the funny and charming way the lead singer addressed the crowd while also making fun of them. The audience just went crazy during the encore, when Hawkins climbed on top of the shoulders of a fan and was carried around by the whole crowd, while continuously tapping out an incredible guitar solo. 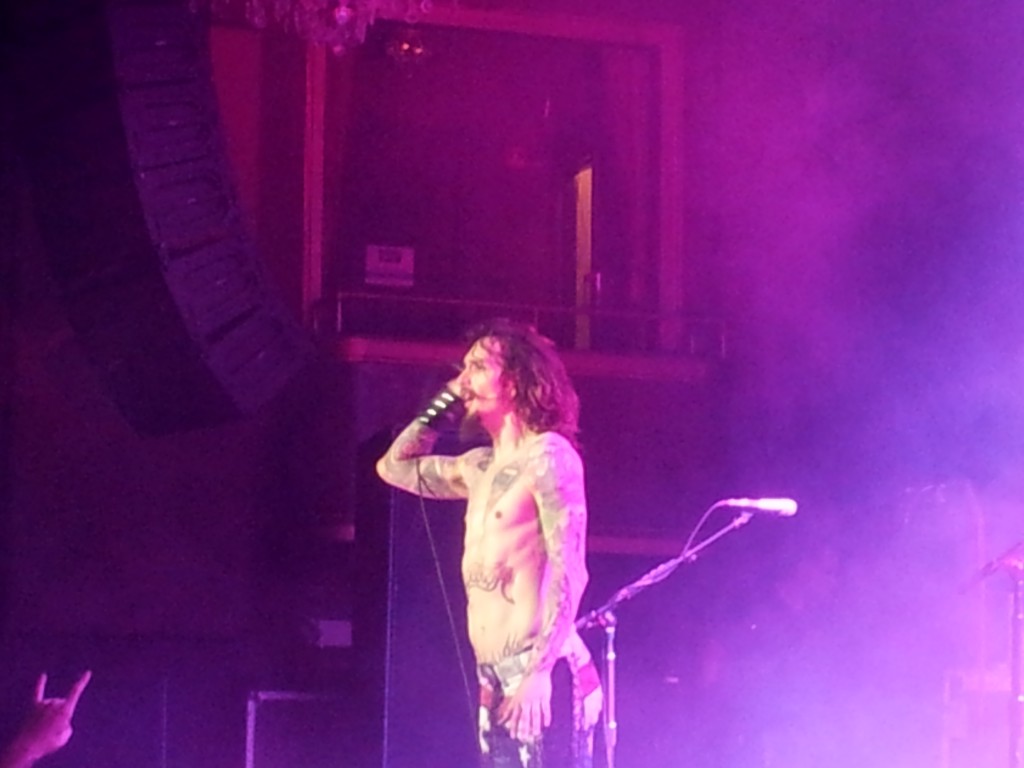 That night definitely brought out the best in rock and roll, but apparently also the “worst” in me; this is because at some point I found myself standing in the middle of the crowd and clapping my hands overhead to the back beat; something I swore I’d never do at a concert. Oh well, there’s a first time for everything!