It’s been a busy week here in San Francisco. On Wednesday at the Yerba Buena Gardens, Apple unveiled its newest iPad to the world, and all week long the Game Developers Conference (GDC) has taken hold of not just the Moscone Center–its afterparties have taken over this city’s nightlife as well.

Thursday night, Minecraft brought Alexander Ridha straight from Berlin to perform at its GDC afterparty at Mezzanine, and the German-born producer/DJ better known as Boys Noize did as he always does: amaze. 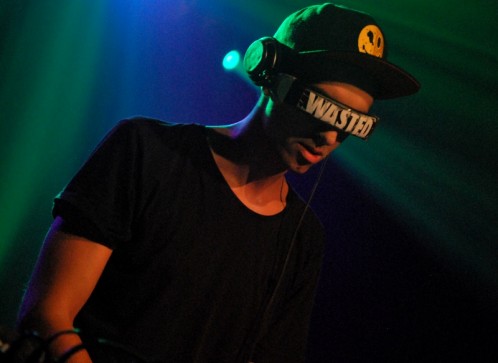 The last time Boys Noize came to San Francisco, which was also at Mezzanine, was in November of last year as part of a North American tour. Following his stop in San Fran was a two-night stint in Southern California. On one of those two nights, Boys Noize apparently live-remixed and mashed together a transition from The Clash into Daft Punk. Being a huge fan of The Clash myself, I felt envious as I imagined what it would have been like to hear and see that in person. Nevertheless, these days nobody does techno and acid better than Ridha, and just like last year’s November San Fran show, the man put on a very memorable set from 12-midnight until just after 2am; this time around, it was most specifically that last half hour that was particularly impressive. 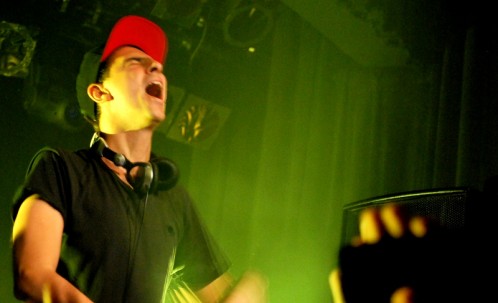 Operating a 4 Pioneer CD-J 2000 with what looked to be a Pioneer DJM 800 mixer, Boys Noize furiously dropped a lot of the hits, the bangers, and the bombs that he is known for in that last half hour. A wonderfully constructed stretch began with a live remixing of what felt like Daft Punk’s Homework-era beats and then smoothly transitioned into subtle hints of New Order’s “Blue Monday.” 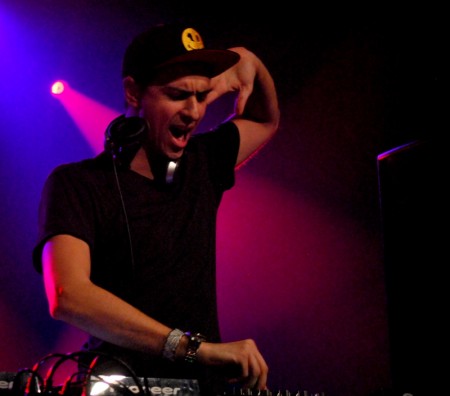 “I knew it!” I screamed when the subtle drum-riffs off the New Order classic became not so subtle any longer. The glue that made this stretch so seamless was the extra layerings of his very own remix of Daft Punk’s “End of Line.” Experiencing this moment was the definition of bliss, and is a pitch-perfect example of why Boys Noize is one of the best technical sound producers/DJs in the world. Thereafter, the crowd went ballistic when he dived right into “& Down.” 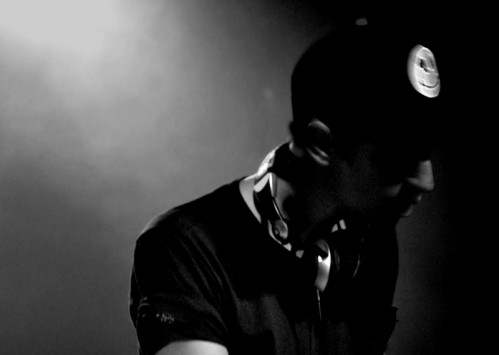 After taking a quick break off stage, Boys Noize came back to his tools for what would be a very wild sprint to the end of his set. Beginning with “Avalanche,” a short reprise of “& Down,” then “Lemonade,” “Yeah,” and his remix of The Chemical Brothers’ “Swoon.” By this time, Boys Noize had invited the crowd to dance on stage, and it felt like half the room did exactly that. For his final trick, he teased us all when he dropped a few vocals from his remix of Feist’s “My Moon My Man” before cutting out the music.

A master technician, the man had already amazed us, but still knew the importance of leaving us wanting more. 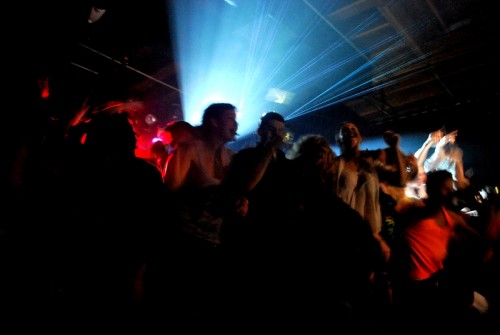