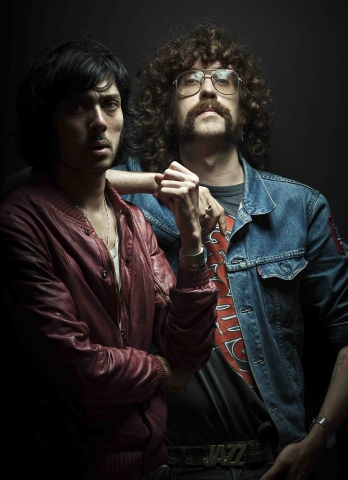 Since Justice loosed its sophomore effort Audio, Video, Disco upon the world in late 2011, over four years after the release of its infamously foreboding debut album † (also: Cross), there has been a lot of conjecture about where the duo is headed musically. There has also been a lot of surface-level chatter about the most recent album’s influences, which seems to range anywhere from Led Zeppelin’s “Kashmir” days to the ubiquitous electronic stylings of the now-iconic French electronic duo Daft Punk. Indeed, these influences shine forth in almost gratuitous ways on many of the album’s tracks. However, a closer survey of the duo’s musical projections finds an even deeper spiritual affinity with the progressive–namely, the progressive rock albums of the 1970s, and particularly the epochal 1974 double concept album The Lamb Lies Down on Broadway by Genesis.

While some may find the comparison to be far-fetched, or perhaps too “obscure” a comparison to result in any revelations of particular value, I feel that it’s important to understand how the genesis of both albums (no pun intended) correlate with and reflect the times in which they were written. On a purely thematic level, however, both albums deal in large part with the process of finding or coming to terms with one’s own identity and finding a place for oneself in the world.

In the case of The Lamb Lies Down on Broadway, Peter Gabriel’s lyrics weave a tale of heroic proportions in the vein of Joseph Campbell’s seminal theories regarding the “monomyth.” To oversimplify the scholar’s already terribly oversimplified ideas, a hero receives a call to adventure, journeys with or without the aid of others, confronts an arch-nemesis (archetypally representing the masculine “self” or the “father”), obtains the ultimate reward and faces the hardship of bringing this trophy back home.

Gabriel’s more or less autobiographical “fairy tale” follows the life of a delinquent of half-Puerto Rican descent named Rael (a name, like much of the lyrics, steeped in Joycean wordplay and hidden meaning) who finds himself at the mercy of New York City and the incredible hardship of finding himself in a place where everybody struggles to belong. The album takes the listener on the various twists and turns of Rael’s journey–from his real life troubles in the city to a psychedelic fever dream where he is expected to overcome himself, realize his own identity and return to his once-unsavory life reborn without the aid of his supernatural keeper, the mysterious “Brother John.”

Justice’s Audio, Video, Disco doesn’t necessarily take a cue from Peter Gabriel’s long-winded surrealistic storytelling. In fact, some songs barely have lyrics, or rely on the repetition of only a few words, such as the album’s eponymous track. Of the remaining tracks that have a full set of lyrics, such as “Civilization,” “On’n’On” and “New Lands,” the words, though somewhat uninspired, do tend to follow the same world-weary vein of Rael’s many diatribes against the unwelcoming system he is tasked with conforming to, overcoming or being swallowed by.

In essence, the lyrics hint at an entire generation’s acute realization that there is something terribly wrong with the world, while at the same time laying bare the struggle one faces when finding the motivation to change it. This is particularly difficult when history teaches us that we are merely living in the winter of yet another cycle–a realization of what Friedrich Nietszche called the “Eternal Return”–an idea that is showcased effectively on the track “On’n’On” and throughout the album as a whole.

“On’n’On” is also a learned synthesis of contemporary electronic dance music with a deceptively complex progressive rock aesthetic. Even the brief flute interlude harks back to the preoccupation that many of the stalwarts of progressive rock had with the instrument, such as Ian Anderson of Jethro Tull and perhaps more appropriately, Peter Gabriel himself on virtually all of the Genesis albums he contributed to. “On’n’On” also showcases a relentlessly syncopated beat that more or less relates to a rhythmic leitmotif played by Phil Collins (drums) and Steve Hackett (guitar) at several points throughout The Lamb. I’ve included two instances of the motif being played on the Genesis album below for comparison:

In both examples from the Genesis album, the beat correlates with Rael’s immersion into darkness (a dark cloud overtaking Times Square in “Broadway Melody” and “Lilywhite Lilith’s” dark tunnel of death in the second featured track) and the subsequent irony of his ability to see things the way they really are. To simplify even further, the motif marks the character’s transition from one world to another–one that was shrouded in darkness only because it had yet to be disco(vered). This paradoxical treatment of revelation through obfuscation is not lost on Justice’s “On’n’On,” which approaches the biggest mystery there is–the cyclic nature of life, death and rebirth–with an almost refreshingly indifferent sense of amor fati. 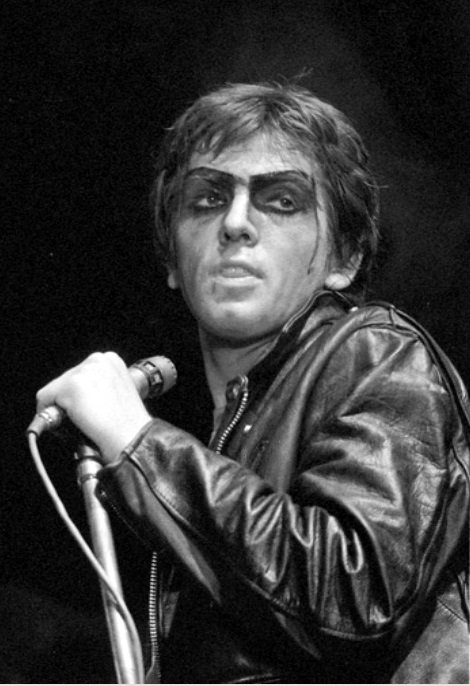 While the overall essence of the two albums seems markedly similar, there is still quite a large divide between the two musically and structurally. By the time The Lamb was released in 1974 and Genesis began touring the album with an elaborate show featuring Peter Gabriel as black leather jacket-clad Rael, there were already sharp divisions within the band about where it was going musically. Tony Banks (keyboards), Mike Rutherford (bass), and Phil Collins were attempting to bring the Genesis sound “up-to-date” by incorporating many of the electronic pop/dance elements becoming popular in Britain and the US at the turn of the 1970s. This directly conflicted in many ways with the band’s previous aesthetic led by the fairy tale surrealism of Peter Gabriel’s lyrics and the classical/folk musical influences of Steve Hackett–both of whom were becoming more and more estranged from the band for mostly unrelated reasons. Therefore, The Lamb stands as a flawed masterpiece that attempts to temporarily patch back together a rift that would eventually transform Genesis into a pop sensation that would rival even Michael Jackson in record sales and overall world popularity.

Although Justice doesn’t seem to be experiencing the same crises with competing talents as Genesis did in the early 1970s, there is something definitely building and shifting where the duo’s future musical trajectory is concerned. Unlike Genesis, whose roots were unequivocally progressive despite its burgeoning expansion into the much more lucrative pop/rock scene, Justice is a heavy hitter on the pop music charts looking to expand into more esoteric musical territory. However, the duo seems to be a bit too cautious when dipping their feet in the treacherously deep swimming pool of progressive rock. What results is a somewhat watered-down mishmash of prog flourishes within a booming structure that remains purely dance oriented. One could argue that this was done so as not to alienate existing fans with the pretentiousness so inherent to full-on prog, particularly since the duo has little to no previous experience with the style. Moreover, despite building a pristine reputation as virtual paragons of the contemporary French House scene, Justice has a long way to go if it wants to truly dig into the subtleties and complexities of the progressive rock genre. As it stands, Audio, Video, Disco manages to combine some of the more superficially ingenious aspects of prog with some of the worst to come out of a whole generation of quasi-prog crooners from the late-1970s, such as Queen, Led Zep, Yes and, of course, post-Peter Gabriel/Steve Hackett Genesis.

To me, both albums are a purgatory of sorts where both bands sit and review what they’ve experienced and learned thus far in an attempt to synthesize it all into a work that somehow opens up a brand new path for their future artistic endeavors. What both The Lamb and Audio, Video, Disco represent is an almost brooding dissatisfaction on the part of these artists with the status-quo that exists with their music, their personal identities, and macrocosmically, with the world-at-large. While both fall short in terms of their overall quality and consistency, one definitely gets the sense that some major things were being worked out by both groups during the process of putting these albums together. If The Lamb Lies Down on Broadway can be seen as a Dante-esque adventure of sound, sight and self-discovery, then so too can the underlying narrative of Justice’s Audio, Video, Disco. Moreover, despite its flaws, this rather enjoyable album is a welcome relief after the hellish psychological stresses of the duo’s inspired debut. Let’s just hope they manage to sense and learn enough to create a follow-up that takes us that much closer to paradiso.