Cavalia premiered at the White Big Top at San Jose’s 101 Tech Campus Site on Wednesday, July 18, 2012. Founder Normand Latourelle, who also co-founded Cirque du Soleil, infuses Cavalia with the same creativity and dedication that is characteristic of all his other productions. This particular show includes no fewer than 49 horses, 33 dancers/acrobats/riders and 5 musicians. 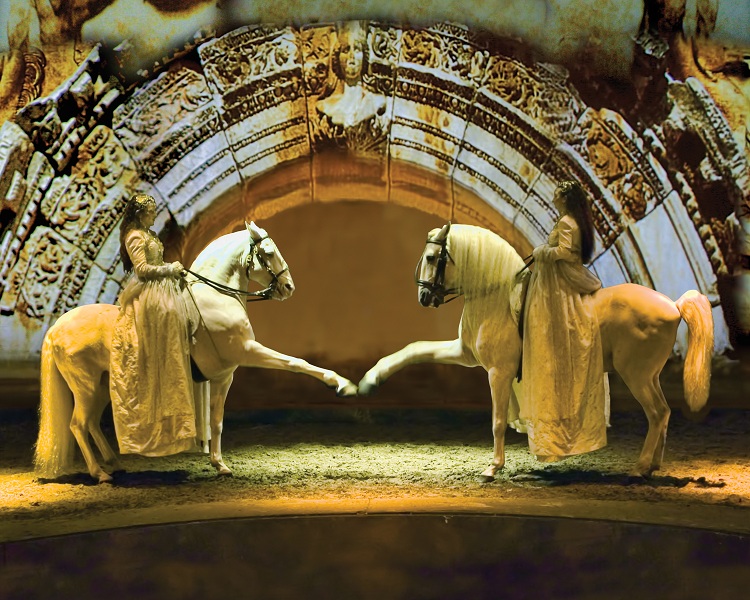 Like Cirque du Soleil, Cavalia features seamless sets, a loose narrative, stirring live music and fantastic tricks. However, Cavalia captures the viewer’s attention in a more meaningful way than most Cirque du Soleil shows do. The foundation of trust underlying all the theatrics adds a layer of realism to the show, making it about more than just fancy costumes, staggering stunts and breathtaking acrobatics. The honest rapport between the horses and riders resonates with people on a very basic, emotional level that immediately draws the audience into the show. Nature, even when sequestered within a giant, white carnival tent, simply has that incredible capacity to enthrall. 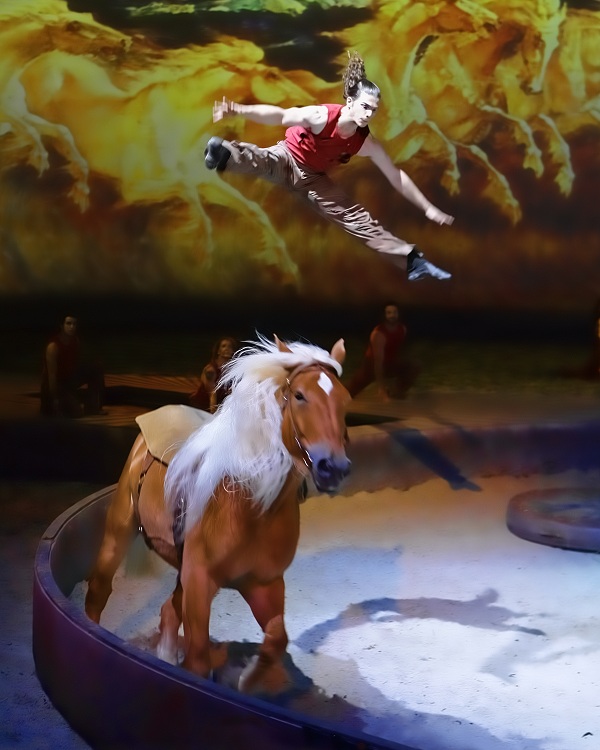 The acts that focused on dressage, or horse ballet, were particularly enchanting. The performers gracefully executed precise movements in unison, sometimes completely in sync with the music. From there, the troupe moved onto trick riding that had the audience laughing and clapping in appreciation.

As impressive as these displays were, the part of the show that impacted me the most was a quiet interlude featuring one trainer and five gorgeous mahogany brown horses. The horses coursed around the trainer as if they were of one mind and body, following spoken commands and gestures. Unlike the horses that performed controlled dressage movements, these unbridled horses seemed free to behave as they wished, showcasing their natural beauty – and a bit of their personalities, to boot. Amusingly, one of the horses wouldn’t stop biting another (though it still managed to stay in formation). In spite of this “bad behavior,” there was no reprimand from the trainer, only a show of reassuring affection that in turn made me smile. When you watch Cavalia, what you’re really seeing is the gentle, heartwarming relationship between human and horse.

Due to overwhelming demand, the show will be running through August 12, 2012.