The annual Bay Area Pet Expo took over the Santa Clara County Fairgrounds on January 17, flooding the venue with animal enthusiasts and their beloved pets. Over 150 animal welfare causes and pet service exhibitors appeared to greet the masses. The event was concentrated with the main goal of educating the Bay Area about the many resources available to pet owners, as well as calling attention to nonprofit animal welfare causes in need of donations.

Attendees and their pets were invited to experience a variety of activities. In addition to the booths and service areas (pet drinking stations, for example), the event boasted an agility course complete with agility demonstrations, three adoption areas, and an entertainment stage where professionals of various animal-related fields gave fun and informative panels. Celebrity personalities presenting at the entertainment stage included Wayde King, Brett Raymer, and Irwin Raymer from Animal Planet’s TANKED. Pets were also able to take part in games, including a variation on musical chairs where dogs were instructed to sit. 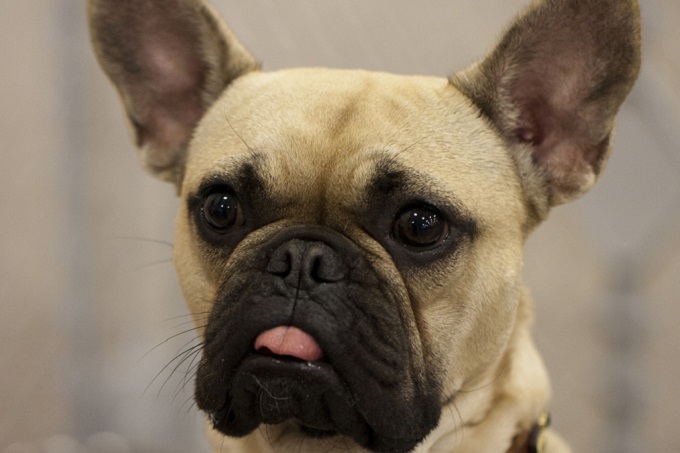 Included in the schedule of many brilliant presentations was the “Pet CPR Demo: You May Save A Life” panel, held by Pet Tech and Suzanne Perino. This panel allowed owners to learn how to give the potentially lifesaving CPR procedure to their pets by elaborating on the procedure in a live demonstration. Useful and reliable information was shared, much of which would be advisable for any pet owner to know in a sticky situation.

Animals of all kinds showed up in droves alongside their owners, who were all encouraged to bring their pets. While dogs outnumbered all other species by far, the convention was full of many sorts of pets. Simply walking through the venue brought attendees interaction with all kinds of friendly and curious animals.

The animals were able to shine in their very own spotlight at the pet costume contest, the pet talent contest, and the exotic animal demonstration. Exotic animals present included a coatimundi, an African serval, a fennec fox, and a porcupine.

The Pet Expo was chock-full of interesting organizations and nonprofit causes, many of which caught our eye. A good chunk of the nonprofit groups were dedicated to animals that are often overlooked when it comes to adoption, such as chinchillas with California Chinchillas, pigeons and doves with Palomacy Pigeon and Dove Adoptions, horses with All About Equine Rescue, and rats with Rattie Ratz Rescue.

Unique pet services also made an appearance in the form of exhibit booths, many of which we had yet to hear of. We’ve included a handful of our favorite finds below.

Cat Town Cafe
Holding the title of America’s first permanent cat cafe and adoption center, Cat Town Cafe allows visitors to interact with cats while having the option of adoption. The adoption option is an innovative twist on the Japanese cat cafe concept from which it was inspired. The cafe is located in Oakland, CA.

Dogs On Deployment
An organization that matches military soldiers’ pets to volunteer families who are able to take care of them during the soldiers’ deployments. Dogs on Deployment also works to develop pet owners’ rights on military installations.

Canine Higher Learning
A lot was expected of Canine Higher Learning as the main sponsor of the hourly canine agility demonstrations at the agility course, and it did not disappoint. The training company offers dog owners obedience counseling and sports classes, and also addresses behavioral challenges such as aggression and anxiety issues.

This video, uploaded by the Youtube channel “dogtopia” shows some dogs and their owners participating at the agility course.

Las Vegas is the next stop for the Pet Expo, taking place on February 7-8 at the Cashman Center. The expo will be traversing through the United States throughout the entirety of 2015. Visit the official expo schedule page to see if any events will be held near you!