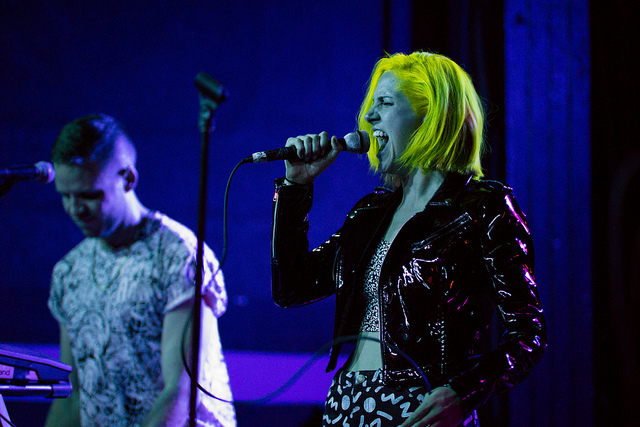 MS MR are coming to San Francisco for an exclusive show at the Rickshaw Stop. Unfortunately, the show is already sold out, but we didn’t want to miss the opportunity to introduce you to this amazing band from New York City!

If you listen to alternative rock radio, you’re probably familiar with their song “Hurricane,” which has been a big hit all over the world. The duo consisting of Lizzy Plapinger (vocals) and Max Hershenow (producer) released their debut album called Secondhand Rapture in 2013 and earned a lot of media attention from it. Their dreamy indie sound is inspired by impending doom and inclement weather, according to Hershenow.

The band came out at the right time, hitting the nerve of the melancholic indie music scene along with artists such as Lana Del Rey, The XX, and Florence + The Machine. Their success happened quickly and was a surprise even to the band itself. Plapinger had never sung before and was planning a career as a modern dance choreographer when Hershenow approached her and asked if she knew someone who could contribute vocals to his new project. Managing an independent record label called Neon Gold Records, Plapinger became interested in singing herself, but they both kept the band a secret for quite a while. With hits like “Fantasy” and “Hurricane,” the band earned attention from the media all over the world. Furthermore, Plapinger’s look complements the indie sound of the band, leading to many features in fashion and style magazines such as Nylon.

We are excited to hear more from this band! If you can’t catch them in San Francisco, try to make it to one of their festival performances. Check out the dates below: