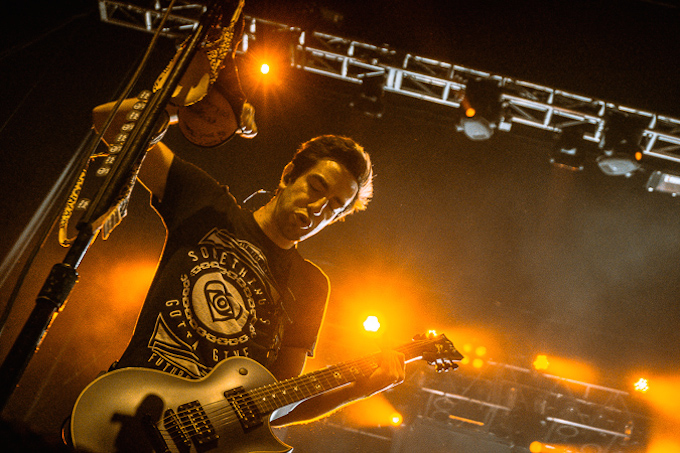 We got the chance to check out All Time Low on their Future Hearts tour at City National Civic in San Jose, CA. It was their only concert in the Bay Area and their first show in over seven years in San Jose. Released in April, Future Hearts became a number one bestselling album in both the US and the UK, which made us want to check out the group’s live show and see what they’re all about. Of course, the band also invited some friends along to open for them.

First up was a band called State Champs from Albany, NY. The sound of the band resembled bands like Sum 41 and sent the audience on a trip back to the 90s pop punk era. Catchy tunes and a great sound quality set the mood for the night and got the audience warmed up for the other bands. 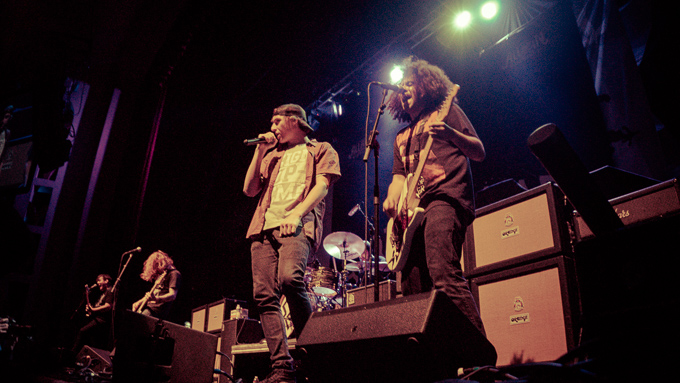 Tonight Alive from Sydney followed State Champs and charmed the crowd with energetic and emotional vocals by lead singer Jenna McDougall. Members of the crowd sang along to their songs and went crazy when McDougall requested they repeat her vocals and help her out with a song. The Australian band is definitely one to look out for if you like melodic pop rock. 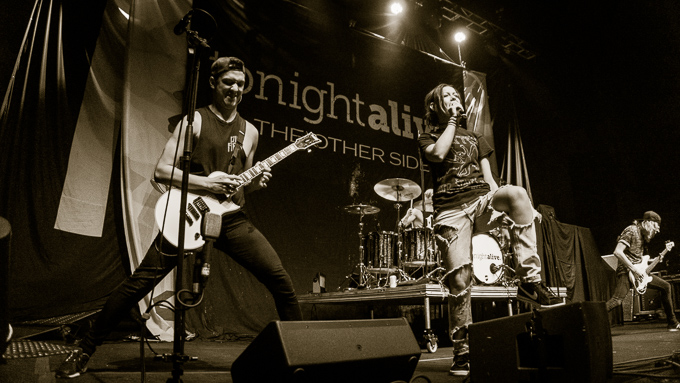 Issues, the third supporting band, opened with the Pokémon theme song, which everyone sang along to. The Pokémon-themed backdrop and amplifiers further emphasized the band’s theme (and possible obsession?!) for the animé show. Issues’ sound was a little harder than the sound of the previous bands. A shouter and a singer both animated the crowd and invited them to join a circle pit in front of the stage. The crowd was disappointed when Issues announced their last song, but was also extremely excited for All Time Low. 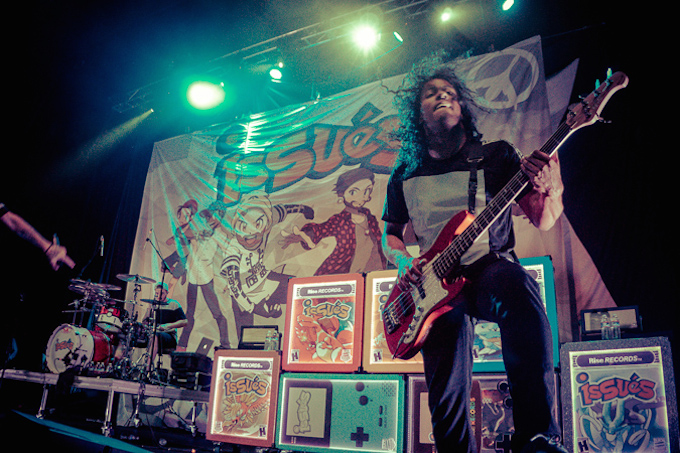 Forty minutes later, the lights went off and the audience started to go crazy, as it was time for Alex Gaskarth, Jack Barakat, Rian Dawson, and Zack Merrick to take the stage. Opening with “Satellite,” an anthem off of Future Hearts, the band got everyone singing along and jumping instantly. With a mix of old and new songs, the set was something for both older and younger fans to enjoy. Renowned for their jokes and their interaction with the crowd, Gaskarth and Barakat made no exception at their San Jose show, chatting away about girls’ underwear in between songs. When Gaskarth grabbed an acoustic guitar and started playing alone for the audience, you could see every teenage heart in the City National Civic Hall melt.

All Time Low have been playing live shows since 2003 and still know how to rock and gain fans from all over the world. Make sure to check them out at the remaining stops of their Future Hearts tour of the US. 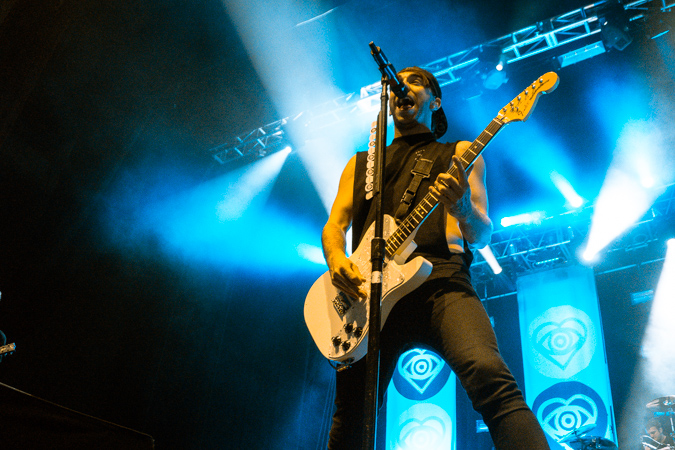 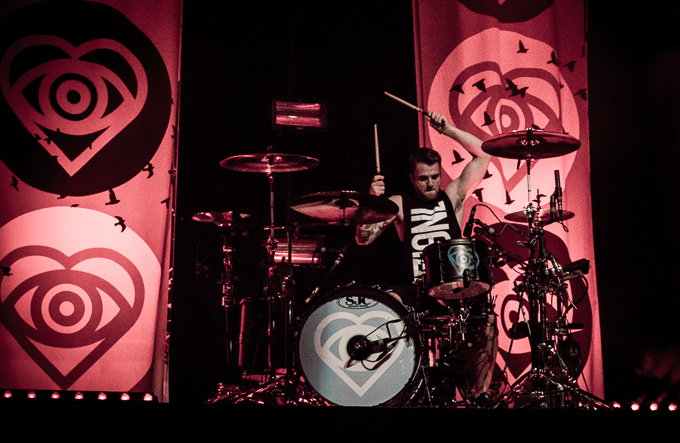 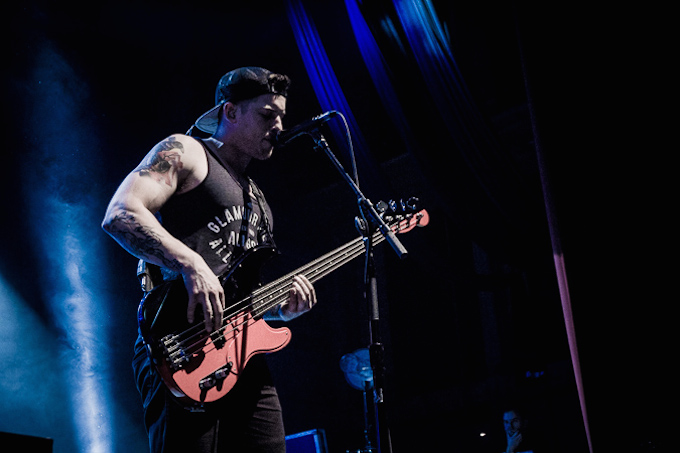 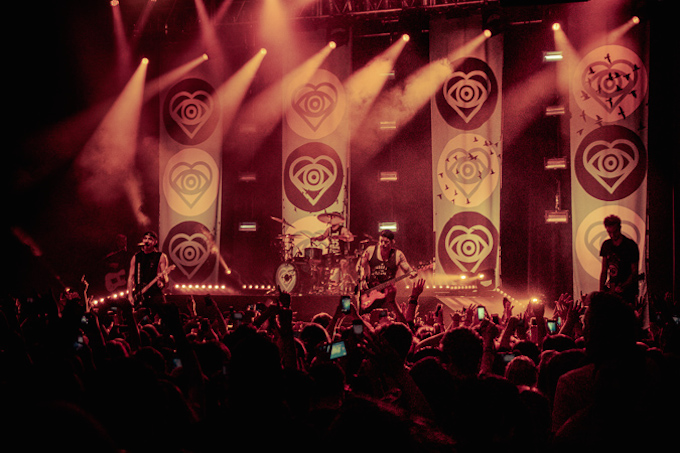 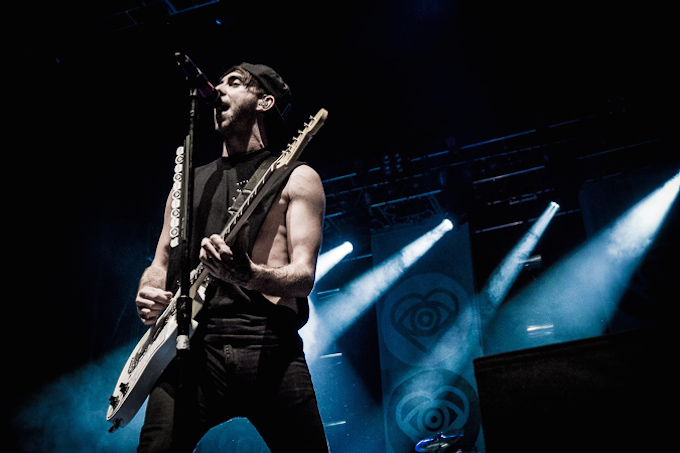