BY DIANE AGUIRRE, PHOTOS BY WATCHARA 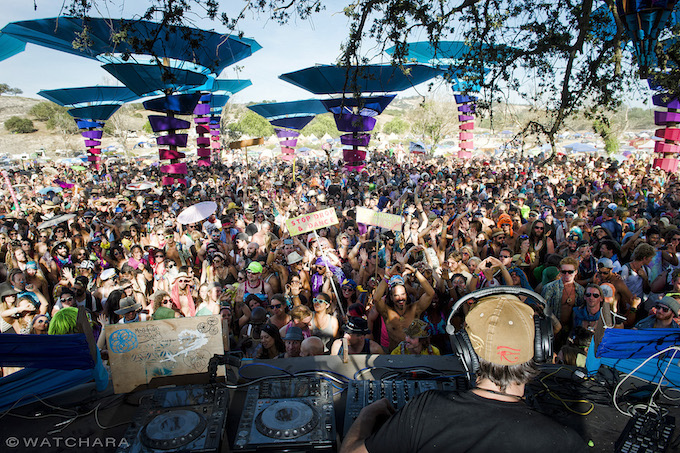 Dream Rockwell is one of the founders of Lightning in a Bottle and the creator of Lucent Dossier Experience, an avant garde circus and music troupe that has become a mainstay at LiB and Coachella. We had the chance to talk to her about Lucent’s upcoming performance at the festival, as well as a panel discussion she’ll be moderating at LiB on sexuality and intimacy.

Can you talk about your role in the founding of LIB? Where did you and the other co-founders meet?

I originally met Jesse Flemming at Burning Man for a few seconds. He was playing in a band and I saw him onstage. I knew the second I saw him that we had some sort of connection. I tend to do that with people. When I meet people, I tend to feel the size of their importance in my life. I might not know what it is, but I know how big it is. Then, he came offstage and walked right by me and totally ignored me. Maybe three months later, I was at a party in New York called the Pajama Jammy Jam and I met Josh Flemming (they’re identical twins). I met Josh and I actually thought it was Jesse. I was so excited to see him again, and he opened with a very funny line and we just hit it off immediately. We basically never left each other’s side for about twelve years. We started dreaming together, and I had had visions of what I was supposed to do. I just didn’t know how I was going to make it happen. We were the perfect combination to come together and create something like this.

Several months ago, I was having a very deep, intimate conversation, and someone asked the question, “When was it that kissing lost its intimacy?” And then the next comment was “when did sex become so shitty?” I started having these conversations with everyone.

Anybody who has access to the internet is suffering from this condition. If you look into ancient religious cultures, they believed that sex is connection to God. We connect with each other to connect with God, who to them was not God in the religious sense, but our higher power. If you remove that connection and you just do the physical acts, we’ve stripped ourselves of a huge part of what it is to be human — the pleasure, the passion, the power and the possibility of being human. That panel is the most important thing I’m going to do this weekend.

Can you give some background on the participants in the panel? 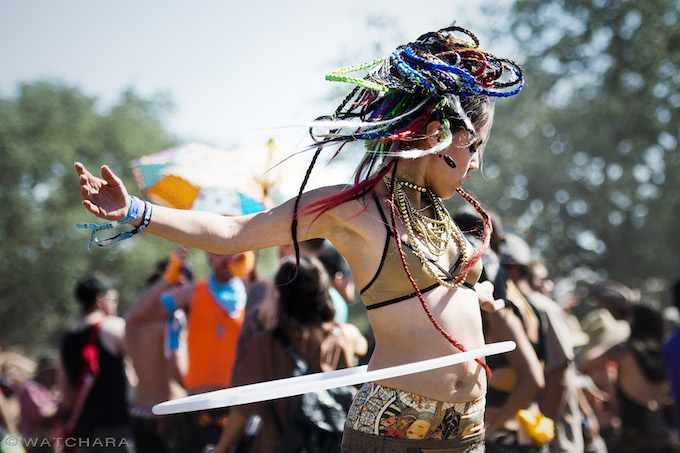 Lucent Dossier is a mainstay at the festival. What can we expect to see from them this year?

I’m always excited about exploring worlds that are different from mine. I’ve been exploring the pyramids, Mayan culture, ancient African cultures, so the show has reflected some of those interests that I’ve had. But recently we had a residency in Vegas at the Cosmopolitan and they wanted us to do a Cotton Club, speakeasy-style show. So we brought in all these hip-hop battle dancers and street dancers from LA who brought this whole new flavor to Lucent. We had them doing their battle dancing to 1920s Cotton Club-style music that we infused heavy bass into. It was a real mashup of old and new.

It was a short residency so when we were done there, we wanted to keep them. They’ve brought their culture to us — this urban, street, kind of sexy hip-hop. Sheldon, who is one of our choreographers, calls it sexual chocolate. So we’re going to have some sexual chocolate up there. It’s going to be very different from what people are used to seeing from Lucent. We’re very fresh and inspired right now.

I think LIB brings you into these crazy little worlds and all this bizarre stuff is happening, so you can’t keep your walls up. Well, you could, but why would you? You’re in this interactive environment where all this strange stuff is happening and you can’t help but turn to the person beside you who you’ve probably never met before and look them in the eyes with so much wonder and be like, “Oh my God!” And then you’re in a conversation with somebody who you might have stood beside somewhere else and never spoken to. And then you discover that this person is this incredible human and has all these wonderful things about them. You share this beautiful intimate moment where you look into each other’s eyes and you really connect. And then you might run away and never see them again, or you might become best friends for life.

The important thing for me is how can we create environments where people are given a permission slip to let down their guard and just be who they are. I also think that when you’re in an environment like this, where it’s freezing cold at night and really hot during the day, and there’s dust and you’re hiking over mountains, you can’t be perfect. You can’t have perfect makeup, you can’t have perfect clothing, your shoes are dirty. So something about the imperfection helps us let our guard down. We’re all in this together and we’re surviving the elements in some way.

What’s the creative process like when you’re putting such a diverse show together that features so many different disciplines? How does that all come together?

The entire process is extremely interactive. Everyone in the show creates. It’s all very collaborative. The whole thing is really held together by my assistant director, Linda Borini. Everyone comes in and they have all these pieces and ideas. We workshop, we play around with them, and we figure out what works. A lot of it happens last minute. At the very 9th hour, someone will do something weird in rehearsal and we’ll all die of laughter and we have to do it! We threw something in two days ago. It’s huge. When an idea comes down, it’s me who decides we’re going to do it, and then everyone else has to scramble to make it happen. Everybody is trying to pull all the pieces together because we’re going to do this crazy thing. Linda holds it all together and polishes it up so that all the pieces flow together. It’s a huge process and it really takes the entire team being all in to make it happen. 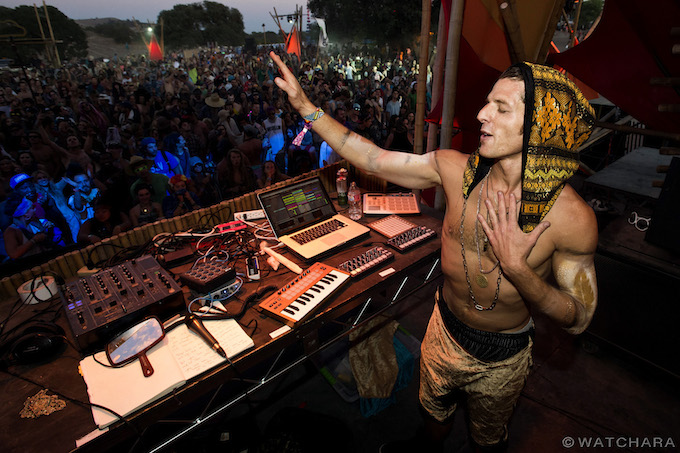 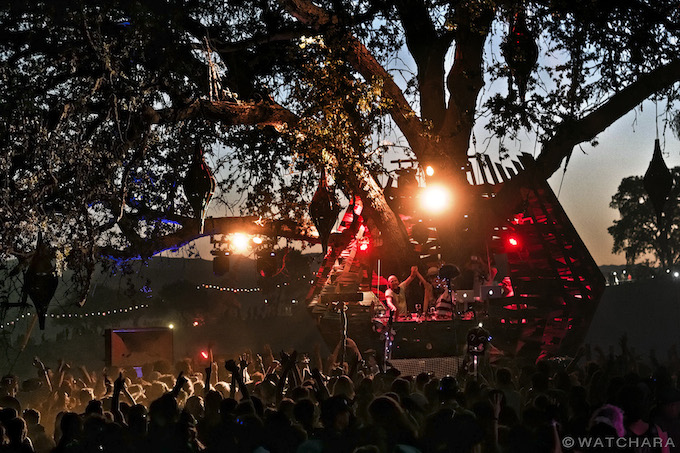 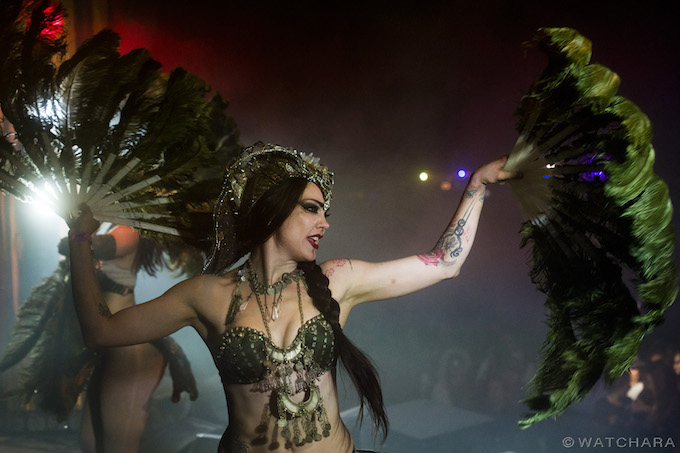 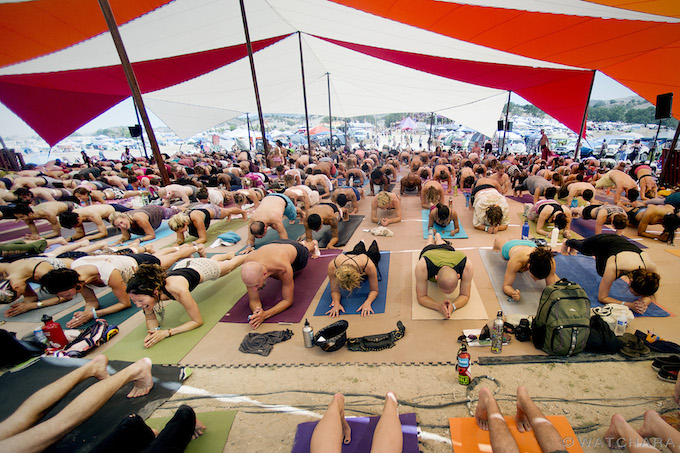