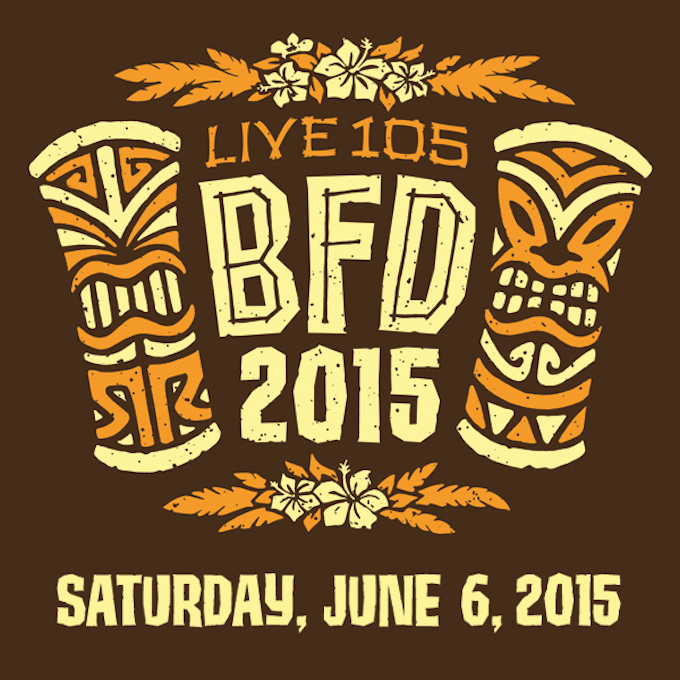 The annual Live 105 BFD goes down tomorrow at the Shoreline Amphiteatre in Mountain View. The single-day fest is sold-out, but for those lucky ticket holders, the folks at Live 105 have prepared a rounded lineup that reflects the station’s alternative music leanings.

With heavy hitters like Cold War Kids, Panic! At the Disco and Modest Mouse holding down the Main Stage, the three smaller stages will serve up a mixture of foreign and local talent. Over on the Bud Light Festival Stage, surf rockers Best Coast will find themselves around guitar-centric bands like Death from Above 1979, The Orwells, Waters and Twenty One Pilots. In true festival fashion, the Bud Light Subsonic Tent will host the more electronically-driven acts. French DJ Martin Solveig will spin his nu disco and electro tunes among artist like electropop group Mystery Skulls, rapper K.Flay and production duo Vicetone.

Showcasing the up-and-coming talent in the Bay Area, the Soundcheck Local Band Stage will feature burgeoning acts like Panic is Perfect, songwriter Andrew St. James, and one of our favorite local bands, Eyes on the Shore, who are geared up for a definitive summer. After releasing their debut album A Golden Shore earlier this year, the four-piece outfit earned massive local attention with its blend of churning rhythms, poignant harmonies and dynamic guitar stylings that traverse a spectrum from ethereal pop to washy surf rock to and heavy rock. The results are delicate but powerful.

eventseeker will be there to cover Live 105 BFD, so check back next week to see our photo feature and read our exclusive interview with Eyes on the Shore.