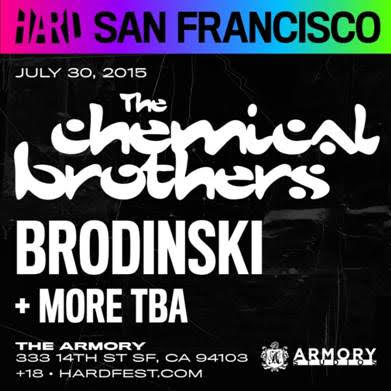 We are extremely happy to hear that The Chemical Brothers are coming back to San Francisco for Hard SF where they will be presenting the new album! It will be their only show in the area and a foretaste for Hard Summer in Los Angeles. Accompanied by Brodinski, the duo will make a stop at The Armory on July 30th.