We’re approaching the peak of summer, so save that Netflix binge for grayer days. Here’s some inspiration: The top five festivals from around the world in August! Get out, grab your friends and head out to one of these massive parties. 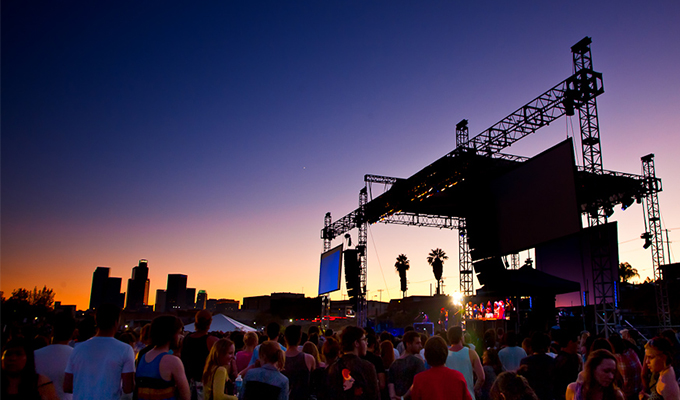 HEAVY MONTREAL // Montreal, QC
Dates: August 7 – August 9, 2015
Details: Iggy Pop, Slayer, Slipknot. This festival is the mecca for all things rock, metal, and punk. You won’t find any Top 40s teenyboppers on this lineup. These are tried and true names that have carried the torch for heavy, LOUD, hard-hitting, guitar-driven music over the last 40 years. From modern day black metal torchbearers Deafheaven to British hard rock heavyweights Iron Maiden, the lineup is stacked from top to bottom. *Not for the Faint of Heart*

OUTSIDE LANDS // San Francisco, CA
Dates: August 7 – August 9, 2015
Details: Celebrating its 8th year, Outside Lands has taken its place among California Festival Royalty. This year boasts one of its more rounded lineups to date, with the reigning queen of art rock St. Vincent, hip-hop wunderkind Kendrick Lamar and upstarts Waters joining ranks with the rocket man himself Sir Elton John. Throw in psychedelic favorites like Tame Impala and Unknown Mortal Orchestra as well as a big dose of strange with Mac DeMarco and Alex Bleeker & the Freaks and you’ve got one of the best parties of the year.

SHAMBHALA 2015 // Salmo, BC
Dates: August 7 – August 10, 2015
Details: In the festival’s grand tradition, Shambhala is completely free of corporate sponsorships. So instead of partying in the “Red Bull Tent” or at the “Starbucks Stage,” you’ll get to enjoy music from the Fractal Forest or a beautiful structure called the Bio Dome tucked into a small slice of forest in the Salmo River Valley. Don’t get it twisted though–the lack of sponsorship and secluded location do not equate to the lack of big names. Shambhala 2015 will feature dance music favorites like Pretty Lights, Datsik, Skrillex and ETC!ETC!

PUKKELPOP 2015 // Kiewit-Hasselt, Belgium
Dates: August 20 – August 22, 2015
Details: Pukkelpop always brings together an interesting mix of alternative music mainstays and underground acts, all topped off with a major dose of nostalgia. The War on Drugs, Jamie xx, Courtney Barnett, Allah-Las and Father John Misty will join the ranks of 1990s hitters like The Get Up Kids, Linkin Park, Dropkick Murphys. The results are an explosion of good music with warm (and weird) familiarity.

FYF FEST // Los Angeles, CA
Dates: August 22 – August 23, 2015
Details: Having expanded from Echo Park, to the Los Angeles Historic Park, to Exposition Park, FYF Fest has steadily risen as one of the best places to discover new music. Whether its alternative R&B, experimental pop or straight-up rock and roll, FYF has all bases covered. This year brings legends like The Jesus and Mary Chain, Morrissey and Dinosaur Jr. together with some more modern acts they’ve inspired: Melody’s Echo Chamber, King Gizzard and the Lizard Wizard, Mac Demarco and more. From there, highlights include Run the Jewels, FKA Twigs, Nicolas Jaar, Thee Oh Sees and Girlpool.