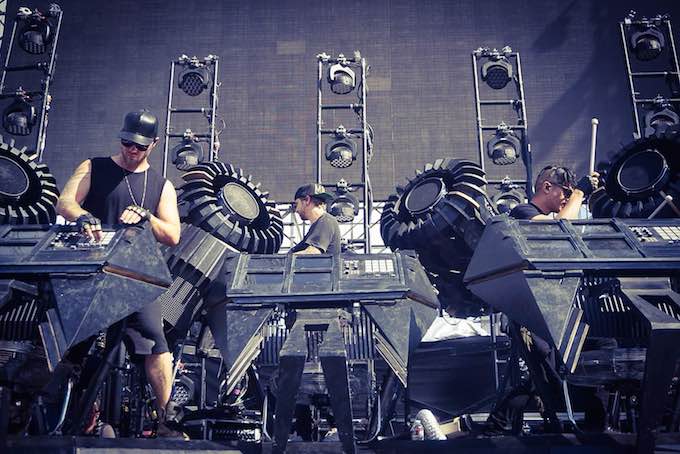 After witnessing The Glitch Mob at the Greek Theater in Berkeley earlier this year, we knew we had to go see their set at last weekend’s HARD Summer down in Los Angeles. During the two-day festival, we had to the chance to sit down with the guys behind the live electronic project — edIT, Boreta and Ooah — about their performances, touring life, and their highly customized setup known as The Blade. 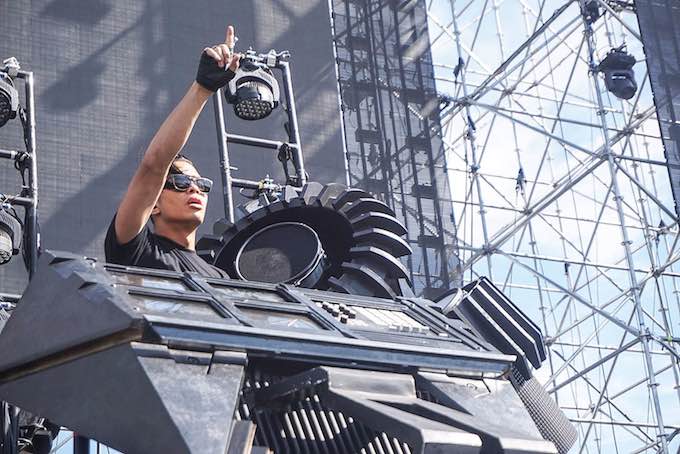 Are you looking forward to HARD Summer LA more than any other show?

No, we want to make sure every show is special to us in some ways. You don’t wanna end up feeling like, “Oh that was a special show and the others were throw away shows.” We try to keep them all at the same high excitement level, where we’re energized and excited about it. But we’re definitely stoked to play HARD.

The Glitch Mob plays live music in a very visual way. How important is the live element compared to producers who chose to DJ?

It’s very important for us because we want to perform the music with the same energy in which we wrote it. The Glitch Mob started as a DJ collective and then we slowly evolved into a live electronic act. We like to physically be able to move around on stage, we also have big drums that we can hit and we wanna be able to play the music. There is also an energetic exchange that happens with the crowd, we almost think we are dancing with everyone at the same time. The more energy they give us, the crazier we go.

Speaking of your impressive setup, how long did it take to build The Blade and what was the process?

It took roughly a year from idea phase to completion. For the visuals, we don’t actually program it, but everything is synced up. The whole show operates as one unit and everything is perfectly synced to the music. It was created by us and our designers. The show can get bigger and smaller, it can shrink and expand depending on the venue. 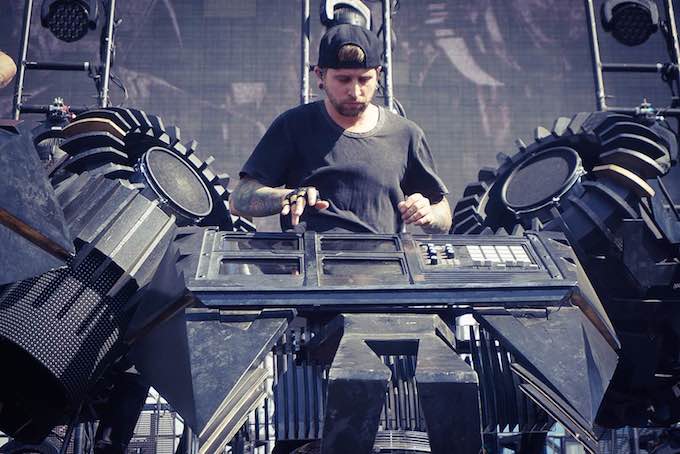 How is touring life with The Glitch Mob?

We love it. We tour like a band and we don’t really fly. After each show every night, we get on the bus, we drive through the night and wake up. Then we’re there setting up and soundcheck.

It’s different than DJing, which can also be exhausting for staying up all night. It’s just that we love playing live. Also, in the US, we have the resources and ability to have a 53 foot semi drive The Blade all over. But in Europe, where we use a much scaled down version of the setup, we just take our backpacks and a couple of cases.

You recently released an EP and are touring North America until the end of summer. What’s happening next?

We’ll probably just get back in the studio and write more music. We’ll take some time off the road, but we don’t need time off from music. It’s not work for us. It’s what we love to do.

We have a pretty exciting New Year’s Eve show we can’t announce yet, and then we’ll get back to our creative mode. 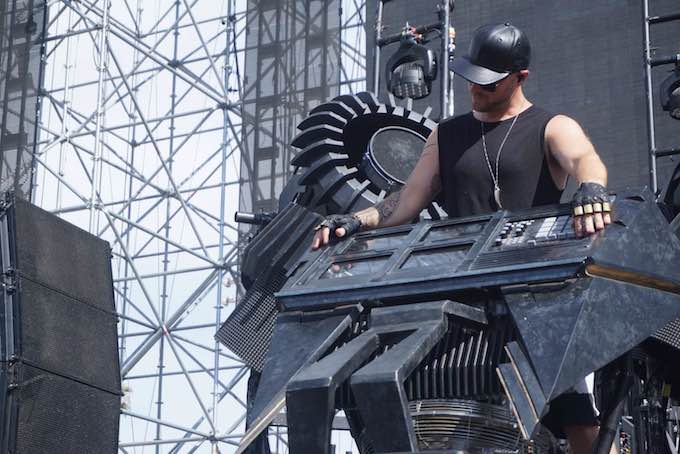